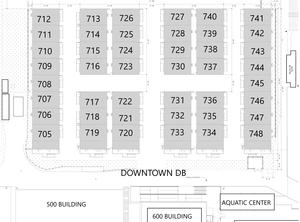 According to Diamond Bar High School Operations Manager Mike Bromberg, work on the portables will start to be set up at the end of this month.

They will be placed on the soccer field, part of the JV baseball field and the softball field. Bromberg is spearheading the project and keeping tabs on the construction progress.

“They are going to start [on prep work on the fields] the last week of February or so, possibly very early March,” Bromberg said.

Some sports will be affected because of the location of the portables.

With these new classrooms on the fields, sports teams have been trying to sort out where they will be playing games and holding practices.

“The freshman baseball team will be affected,” Bromberg said.

The team will play at a field outside of school.

The portables will  also include designated rooms for computer use.

“I believe that they are going to make a few rooms with just computers, which will serve as the computer labs, temporarily replacing the computer lab in the 500 buildings,” Bromberg said.

After receiving money from a bond measure passed  to fund construction across Walnut Valley Unified School District two years ago, the school is in the position  to revamp the overall look and bring new facilities to the campus.

Local voters passed the measure in November 2016, granting almost $153 million to the renovation of and construction on campuses in WVUSD schools.

While freshman may see the refurbished 500 building before they graduate, none of the current students at DBHS will experience the new version of the  400 building, which is also scheduled to be redone.

“It is expected that the duration of the portables will be up to around five years,” Bromberg said.

Along with the renovations of the 500 building, work on the  400 building will eventually force those teachers to relocate.

The science teachers will relocate to what is now the 500 building after it is complete.

Meanwhile, the English teachers and others from that building  will move to the portables until the 400 building is completed.