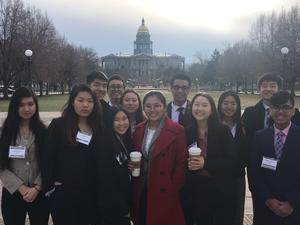 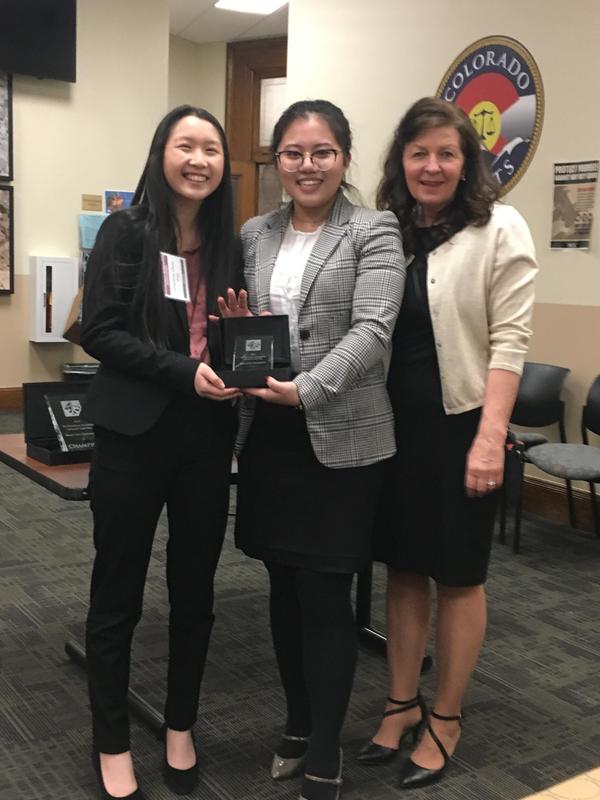 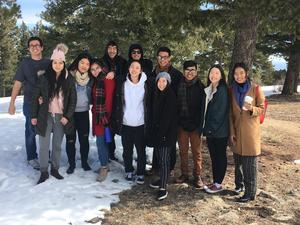 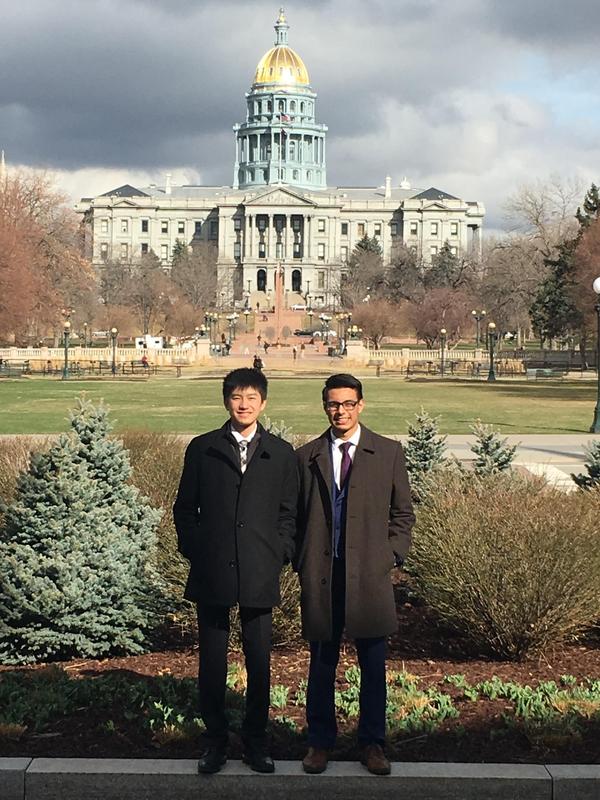 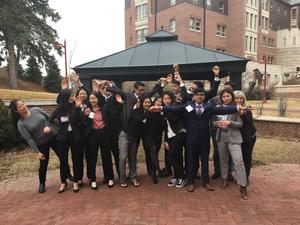 The weekend of March 23, 12 members of the DBHS Mock Trial team traveled to Denver for the first annual Moot Court Tournament sponsored by the Providence Foundation of Law and Leadership. They were honored to be invited to this competition.
The twelve students were in teams of two. Each of the teams, Victoria Wang with Crystal Tsao, Harris Daud with Ryan Lou, Danny Mansour with Sabrina Wu, Yuwen Wang with Courtney Chan, Heidi Luo with Amelie Lee and Hamzah Daud with Patrick Ma was exceptional. The level of team work, camaraderie, good sportsmanship and talent were not just exemplary, they were exceptional.
All teams competed in 4 rounds of competition on Friday. Of the six, five scored high enough to pass through to the elimination rounds on Saturday. Of those five, three progressed to the top 16, two progressed to the top 8, and one team made it the finals only to lose in a split decision in front of a panel of 5 judges (the fifth leaving the decision to the points awarded and the opposing team had one more point than us), Hamzah Daud and Patrick Ma were the finalists. Yuwen Wang and Courtney Chan were the other team that progressed to the top 8.
Thank you to our coaches Latitia Thomas and Margaret Ku for their tireless after school hours working with our team. A very special thank you to attorney and former Brahma, Chris Moffitt and Deputy DA Angela Brunson for their invaluable help. And, to parent, Roy Lou, who so patiently endured the kids and the coaches.
The building they are standing in front of is the house of government for the state of Colorado. The snow scene represents our day of fun in the Rocky Mountains.
Print