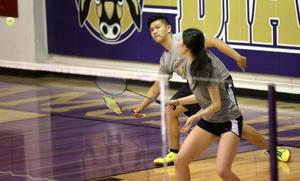 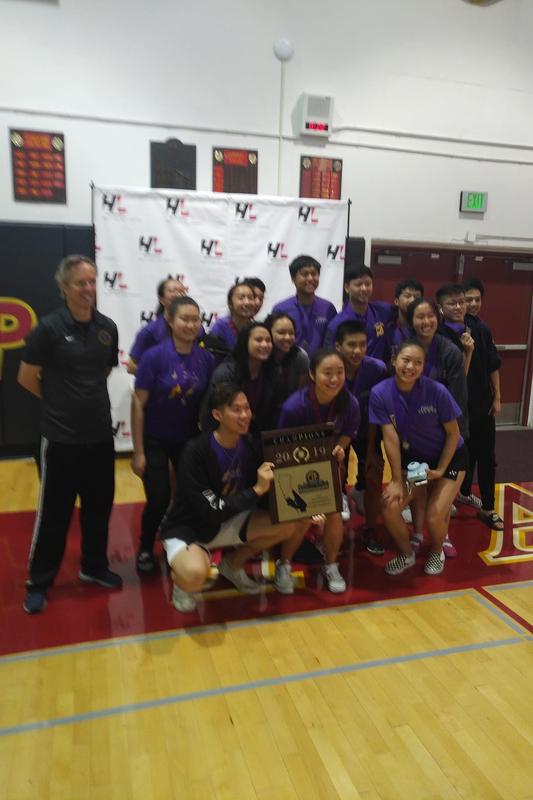 BADMINTON WINS 8th CONSECUTIVE CHAMPIONSHIP
Saturday, May 11, it looked like the Mighty Brahma’s magical run would come to an end at the hands of the Arcadia Apaches, as they jumped out to a 4-1 lead against the normally reliable doubles players. It was the first time the Brahmas’s had trailed in a championship match since 2011!
The Brahmas exploded for an eight point run to take a 9-4 lead! The Brahmas earned 5 of the final 8 matches for a 14-7 victory.
The match was a grueling four hour match where nine of the 21 matches went to a third set.
The Brahmas were able to capture eight of those matches revealing great resilience.
It is the eight consecutive Badminton Championship for the Brahmas!
Noteworthy performances:
Ashley Huang and Kodi Lee swept all four Women’s Singles points. Lee added a third point in Mixed Doubles, being paired with Brandon Zhou.
Mirabelle Huang paired with Claire Wang to easily capture two points in Women’s Doubles. Huang paired with Coey Ma to earn a third point in Mixed Doubles. Ma also won two huge Men’s Singles points for the Brahmas.
Brandon Zhou fought for two hard earned team points – one in Men’s Singles and one in Mixed Doubles, being paired with Kodi Lee.
Lastly, Daniel Huang and Owen Che paired for the first time all season to win two points in Men’s Doubles.
Tuesday, May 14, the Brahmas will compete in the CIF Individual Tournament.
Print