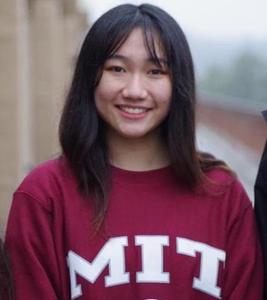 “Not exactly the color of the medal I wanted but I’m still proud of my performance,” said Real, a 17-year-old who graduated from Diamond Bar High School in May and will attend the Massachusetts Institute of Technology this fall.

Poomsae is a discipline of the Korean martial art taekwondo where athletes compete as individuals, without an opponent or sparring, instead flowing from position to position, strike to strike through choreographed routines judged by a panel of judges.

This was the first time poomsae was on the program for the Pan American Games, the quadrennial competition for athletes from the Western Hemisphere and the third-largest international multi-sport event in the world in the number of sports and competing athletes, behind the Olympic Games and the Asian Games.

MIT was among Real’s top choices because she hopes to obtain a Bachelor of Science in Computer Science, Economics and Data Science.

“Some other factors I considered were undergrad research opportunities and clubs,” Real said via Instagram. “I do taekwondo competitively so it was a plus that MIT has a taekwondo team.”

“I really look forward to continuing taekwondo at the collegiate level at MIT as well as becoming immersed in a challenging learning environment,” Real said.