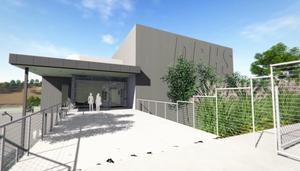 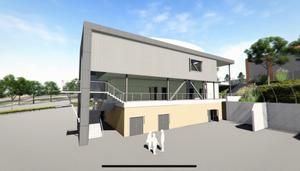 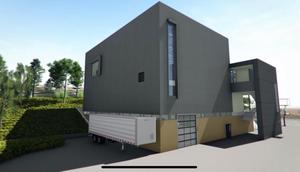 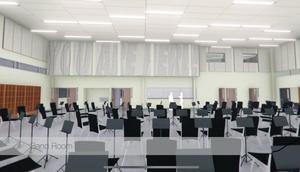 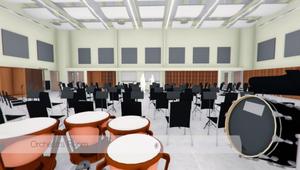 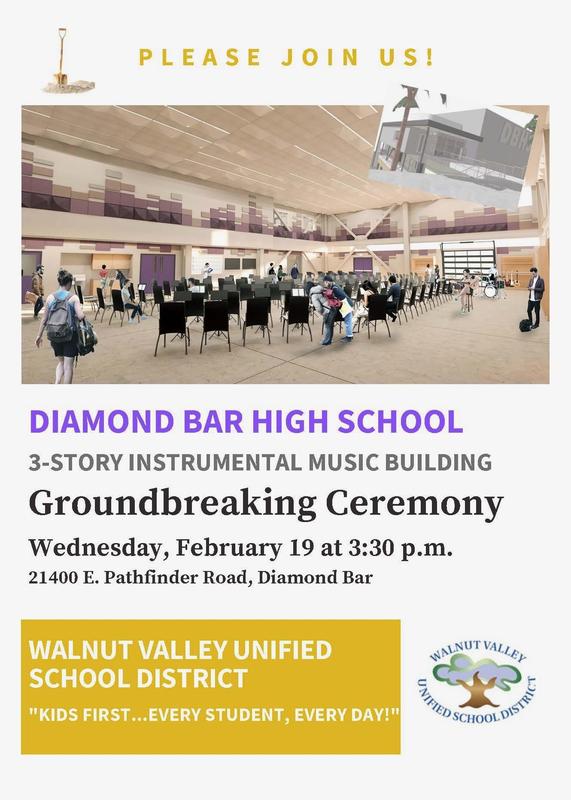 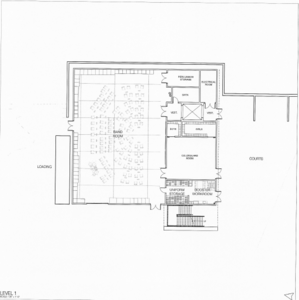 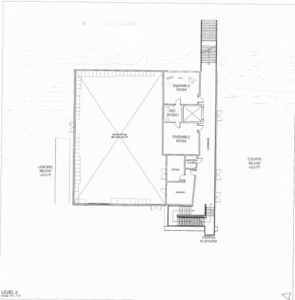 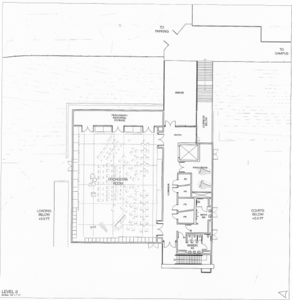 Two years ago, Measure WV was passed, gifting Diamond Bar High School’s instrumental music program with $9.8 million to build a new facility: an instrumental building that will be built near the school’s tennis courts. Construction is planned to start within the next month.

The current band room is not the ideal size to fit the 700 students enrolled in the music program, according to band director Steve Acciani. The new building will have much more room to accommodate all the students and groups in the program.

“It’s [current bandroom] too small and cramped for the size of the band right now,” band president Kyle Kato said. “A lot of the time, we have to shove groups into different rooms, like in the 500 building.”

Acciani said that he is unsure about what the current band room will be used for once the instrumental music program moves to the new building. The rest of the building, however, will remain as the choir room, drama room and theater.

The ground floor of the building will have a room large enough to fit the 280 students marching band members, and it will also have an attached color guard room and percussion room. There will also be a uniform room and a parent workroom, a kitchen-like room for parents to prepare food for parades. This level will have 30-foot ceilings.

The second floor will not be a full floor, but rather a mezzanine with offices and recording studios for the students and staff.

The final floor will be on the same level as the gym, allowing easy access, and will have an orchestra room that converts into a recital hall. There will also be practice and ensemble rooms.

“We’ve been meeting with the architects for two years now, and what they’ve did, basically, was that they would watch how our program works, especially with our use of chamber music and small groups and individual lessons, and things like that,” Acciani said.

The band directors had complete say in what would go in the new building, having held around 15 meetings with the architects so far. Acciani said that the design of a three-story building will make the facility more cost-effective and accessible. Initially, the building would have been low and flat, not allowing the marching band to have space to rehearse outside. However, this was a design made before taking the price into account.

“They’re supposed to start breaking ground at the end of this month, beginning of February,” Acciani said. It is currently scheduled for Feb. 19 after school.

The construction is planned to be completed 16 months after the groundbreaking, but with possible weather conditions and other delays to construction, the building should be ready by Fall 2021.