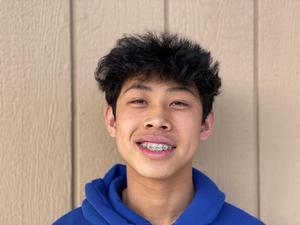 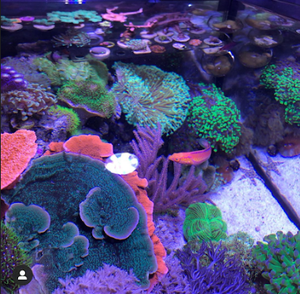 THE BULL'S EYE:
Story by Ryan Chan, Asst. Business Manager
Initially caring for freshwater and saltwater fish, junior Russell Chang finally found his calling when he started growing corals. This activity has become both a hobby and a business for Chang.
“From [saltwater fish] I jumped into corals and became more fascinated [with corals] compared to fish and just focused on them,” Chang said. “Many people think that they are plants, but they are actually very calm and complex animals.”
After starting by raising a few corals starting a year ago, Chang’s collection has grown quite large. The three main kinds of corals Chang owns are soft tissue corals, large polyp stony corals (LPS) and small polyp stony corals (SPS).
“Soft tissue corals are the easiest and fastest type of coral to grow,” Chang said. “LPS corals are large and expand in water, whereas SPS corals are harder to take care of and more expensive.”
The process of growing corals is complicated, as various steps and tasks need to be completed before the coral can flourish. Chang starts off the coral-growing process by running the tank’s water through a nitrogen cycle in order to make the water less toxic. He also uses special LED lights, called AI Primes, to help the coral grow. The lights are for a type of algae called zooxanthellae, which serve the purpose of giving nutrients to the corals.
Chang’s favorite type of coral is the euphyllia coral, a type of LPS. He enjoys growing this type of coral due to its vibrant colors and the way they wave under the water.
In addition to preparing the water and lights, Chang makes sure the water temperature, salinity, pH and trace element levels are correct. These factors all contribute to the health of the corals. The junior also utilizes special kinds of fish, such as the six line wrasse, which help keep the tank clean by eating excess algae. Chang received lots of help from others in the beginning and reached out to many people in the coral community. Since then he has grown his own Instagram account @reeflng and has also amassed a following over a thousand. He logs and shares his coral growing progress on this account.
“Every single week I would spend at least thirty minutes to an hour [doing] daily maintenance, like cleaning off the glass,” Chang said. “But after three weeks I’ll do a full dedicated two hour maintenance, just to clean the water or if any corals have fallen down off the rocks or anything bad that I need to fix.”
Chang sells his corals on an app called Offer Up, a general selling app. The convenience of the app allows Chang to meet up with customers locally, usually around his house or somewhere nearby. On occasion, he also trades some of his corals. Chang sells his corals for many different prices, ranging from $5 to $400. Since some corals are harder to grow, he sells certain corals based on the level of experience the customers have.
“I enjoy growing corals and learning about them, as well as seeing their development,” Chang said, “When the time comes I can frag them, which means we’re fragmenting and cutting the coral to sell to others.”
Chang said that he usually doesn’t sell the entire colony. Instead, he sells the fragmented pieces while keeping the original coral. He stores the corals that he sells in Meet Fresh cups.
“I think it’s really fascinating that I’m able to grow such an unique animal in my own house as a hobby,” Chang said.
https://dbbullseye.com/2020/student-specializes-in-breeding-selling-coral/ Source: The Bull's Eye
Print