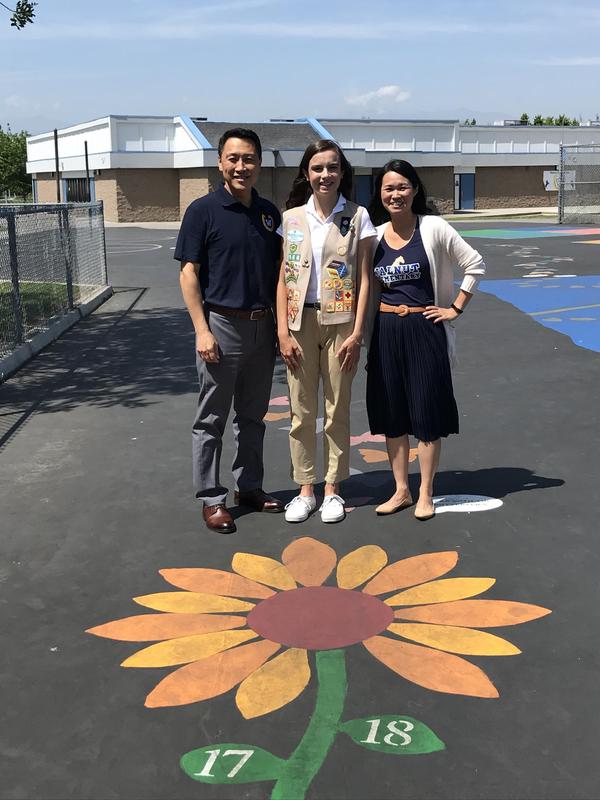 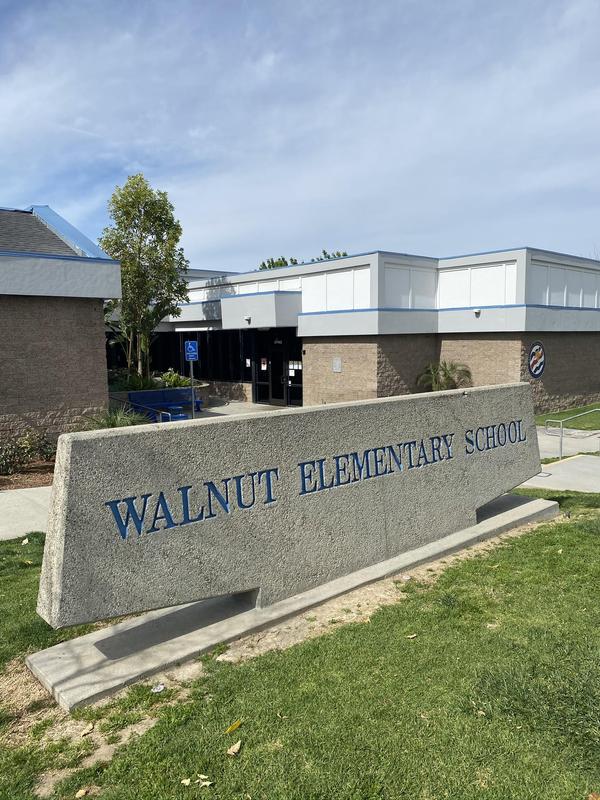 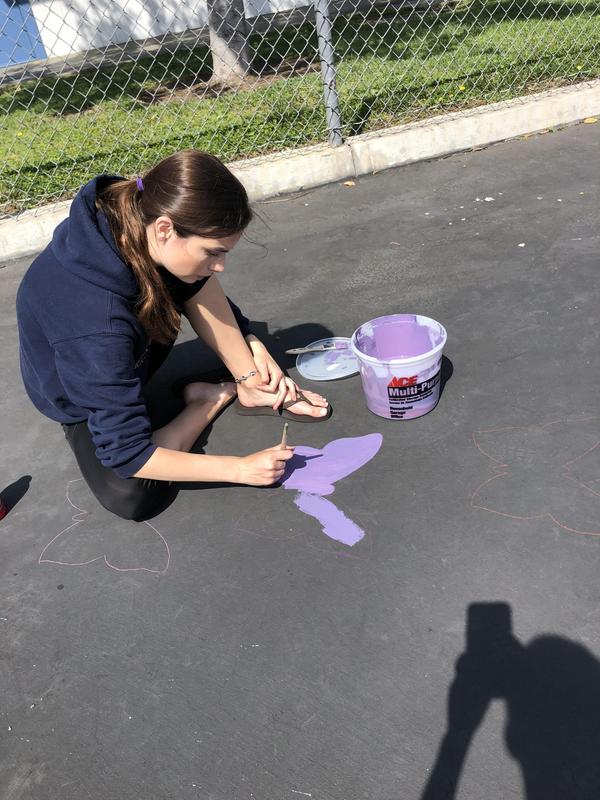 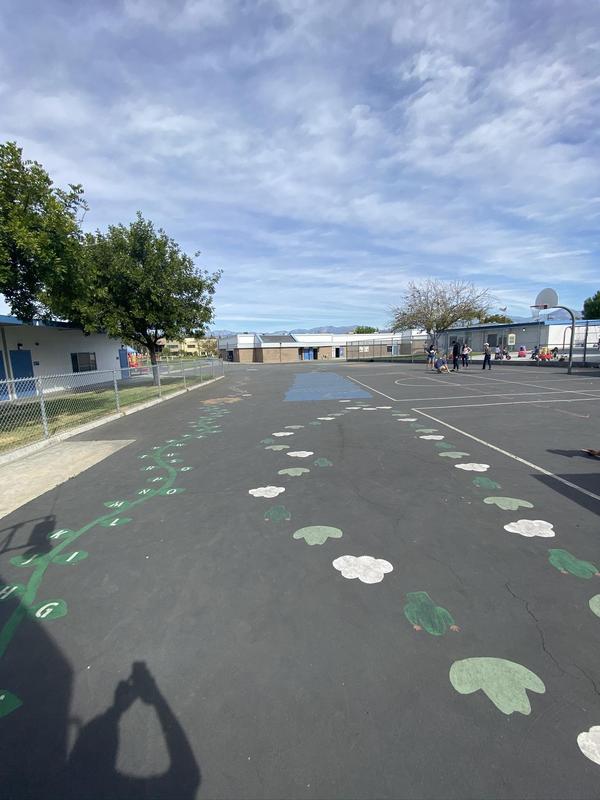 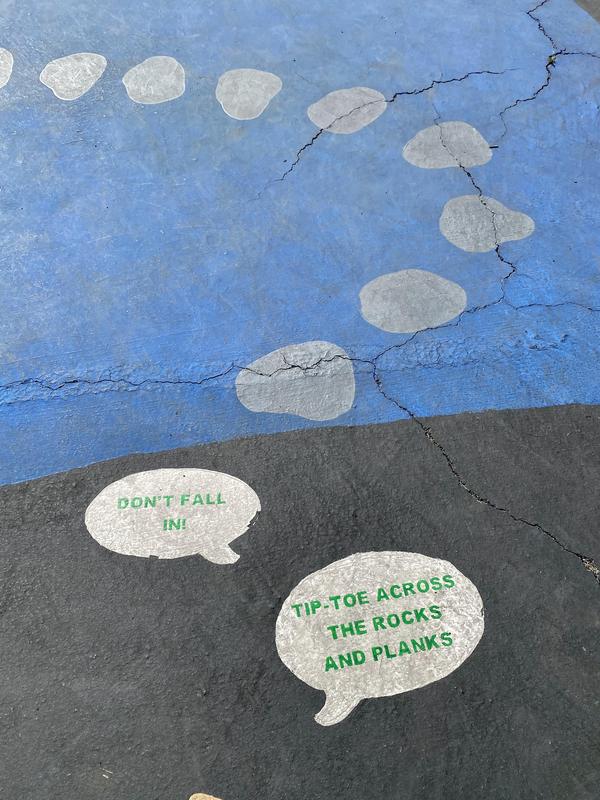 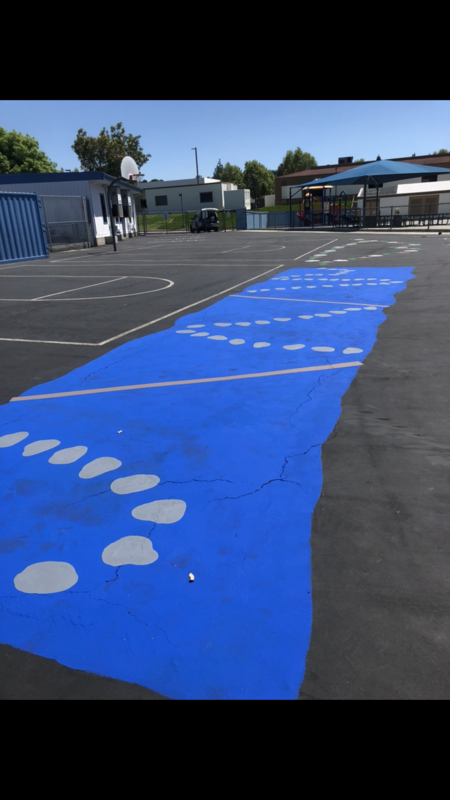 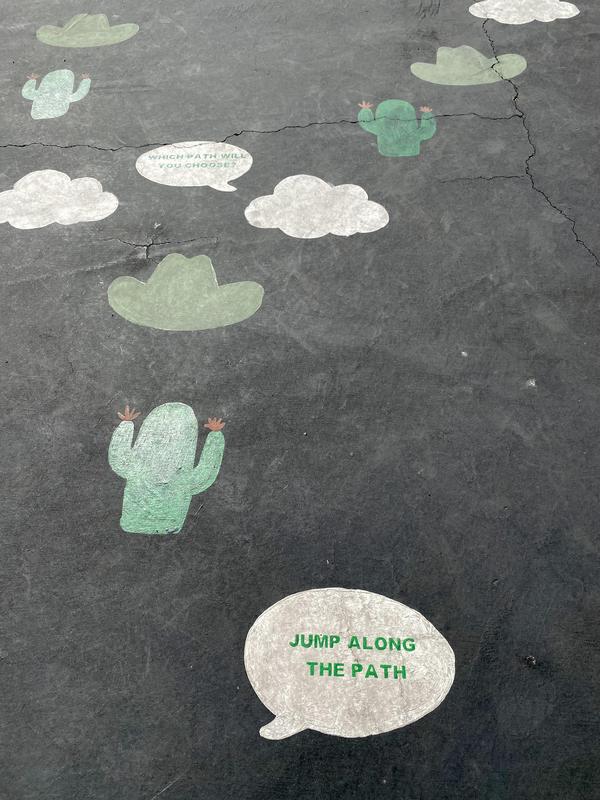 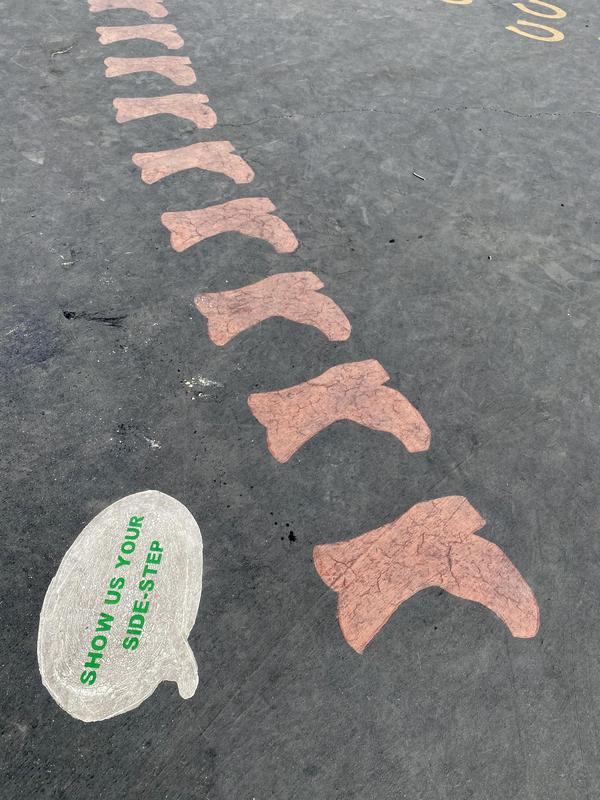 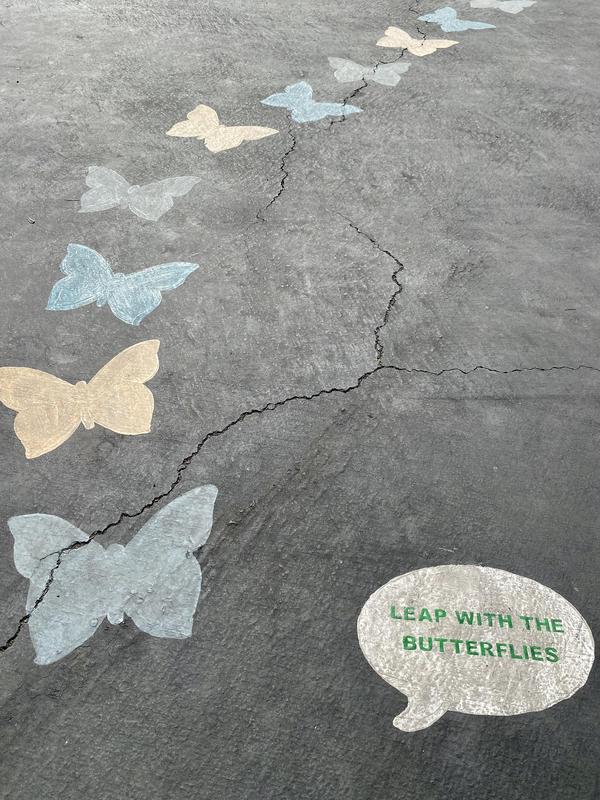 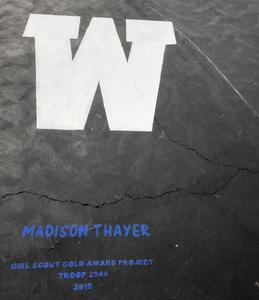 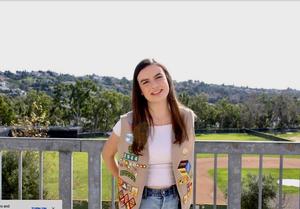 FROM THE BULL'S EYE:

Story by Josh Chou, Asst. A&E Editor
As she painted in the final shapes on her sensory pathway, senior Madison Thayer was also completing the last leg of her journey to receiving the Gold Award.
As the most prestigious achievement a Girl Scout can obtain, the Gold Award requires several prerequisites, which includes a project that benefits the local community. For her project, Thayer created a painted path that circles the blacktop at Walnut Elementary School.
“The pathway is for kids to play on at the playground, it’s supposed to help kids release their energy, [and] release their stress at school,” Thayer said.
The sensory pathway consists of various shapes and symbols that match Walnut Elementary School’s “wild west” theme, including horseshoes, cowboy hats and a river with stepping stones that students can pretend to cross.
The process began in October 2018 when she planned out the big picture of what her project would look like. After she submitted paperwork and filled out a report with her adviser, Troop No. 2944 leader Michelle Myers, she was interviewed by the local Girl Scouts council and her plan was approved for March 2019. After coordinating certain project details with Walnut Elementary School principal Robert Chang and learning specialist Jill Takayama, she began working on the project.
Along with the help of her family and the members of her troop, Thayer finished the majority of the sketching, stenciling and painting in three 12-hour time periods over spring break. In the following two weeks, she went back to the school at various times to complete it. With leftover paint, she also drew four-squares (a square court for various games) on the playground blacktop.
“The project took 88 hours total–all the planning, the driving, the shopping, the painting going to meetings,” Thayer said. “The requirement is supposed to take 80 hours but mine took longer.”
Her final interview after the project took place a week after the Gold Award ceremony in 2019, meaning that Thayer missed the deadline by mere days. She now has to wait until May of this year to receive her Gold Award pin, despite having already met every qualification. Regardless, Thayer is still able to participate in opportunities that the Gold Award provides for Girl Scouts.
“Recently I got invited to attend an event at UCLA; it was a women’s conference with inspirational speakers,” Thayer said. “There’ll be even more stuff I can do later this year.”
Thayer has been in Girl Scouts since she was eight years old and she says that completing the Gold Award project has been a peak of her career.
“The Gold Award is definitely a highlight, and in general, it’s one of the coolest things I’ve ever done,” she said.
Despite it marking the end of her own pathway as a Girl Scout, Thayer said the experience will be something she remembers for a long time.
https://dbbullseye.com/2020/scout-paints-pathway-to-success/ Source: The Bull's Eye
Print