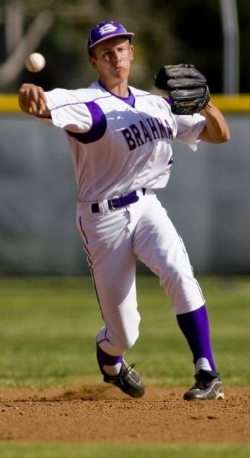 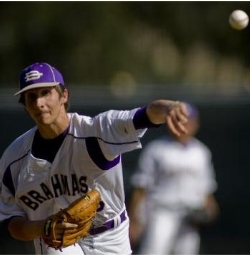 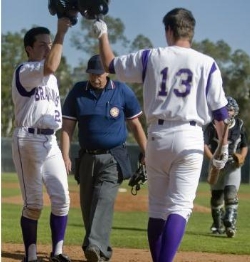 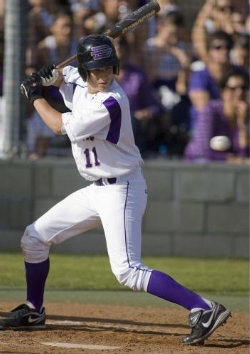 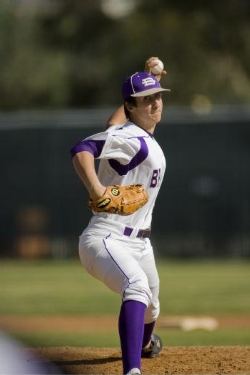 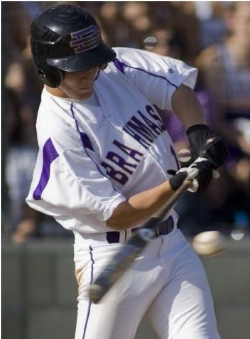 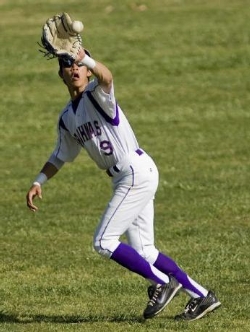 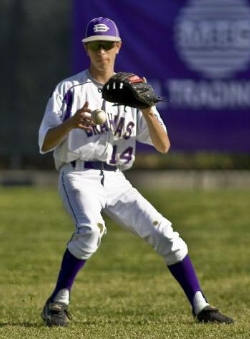 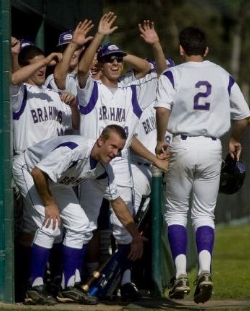 
DIAMOND BAR - In an old-fashioned pitchers duel, Diamond Bar High School knocked off preseason favorite, and unbeaten, Glendora, 1-0, in the Sierra League opener for both teams.

Junior Kenny Mathews, who won a gold medal with Team USA IBAF Under-16 at the world championships, gave up four hits and struck out five in picking up his third win of the season.

"I got myself in a couple of jams," Mathews said. "I threw him (Jacob Smigelski) a fastball and he did not miss it. Defensively we were solid and that home run was big. He (Crowe) put us on our shoulders and that was a big hit."

Crowe hit the first pitch of the third over the right-center field fence off of Adam Plutko. Crowe also singled in the fifth inning and was 2-for-2 to improve his batting average to .429.

"I was ready to jump on it," Crowe said of the home-run pitch. "I knew he was going to throw me a fastball. He always throws the first pitch right down the middle and I caught it."

The Brahmas (4-3) had a chance to score in the first, but Plutko picked a runner off first and struck out the Nos. 4 and 5 hitters with runners on first and third bases to get out of the inning. Plutko finished with nine strikeouts.

"That was, absolutely, a great high school baseball game," said Glendora coach Dan Henley, whose team slipped to 4-1. "That was two well-pitched games. They scored the first run on a pitcher's mistake, but that's what a good hitter does. He's (Mathews) a quality pitcher. We had our opportunities, but we didn't execute late in the game and then we hit some `at-`em' balls. We just have to come back and get them another day."

The Tartans' best chance came in the top of the third when Max Shih reached base on an error and went to third on a fielder's choice and a wild pitch. Clinton Harwick walked, but Smigelski hit a line drive right at third baseman Henry Omana for the third out.

"We got out of a few jams," Diamond Bar coach Eric Shibley said. "(There was) that one hit to third and a couple to left. We're two good offensive hitting teams so to have the score be 1-0 is kind of a surprise."

Crowe was hitting leadoff in place of injured Chester Pak.

"Crowe asked earlier if could swing at the first pitch," Shibley said. "I tried to explain to him why, (that) as a leadoff hitter, we don't necessarily do that. But, it was late in the game and he got one he liked and he squared it up pretty good."

John Alexander got a base hit, his second of the game, in the top of the sixth, but that was the last for the Tartans.