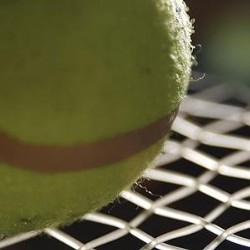 In singles, Philip Kozan also qualifed for CIF competition in singles as the runner-up, again behind Ayala. The battles were great but Ayala's top entry proved too tough for both Philip and Derick Tom. Derick placed third.

Our first TEAM playoff match will be Wednesday, May 12, on our courts.