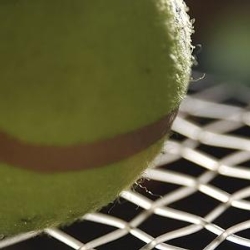 Friday, May 14, our Boys' Tennis Team moved one step deeper into the playoffs by defeating Burroughs High of Burbank, 14-4. Our singles players took six of nine sets while the doubles squad, led by Austin Chen and Terry Mork, took eight of nine sets. Philip Kozan finished the day winning an exciting tiebreaker, 7-6 (7-5), against Burroughs' number two player. In doubles, Jonathan Chen and Calvin Li also won an exciting tiebreaker, 7-6 (7-5) after battling back from being behind in the set. Tuesday, May 18,  the Brahmas take to the road to do battle against #6 ranked Temple City in the quarter-finals. Three steps away...three giant steps.