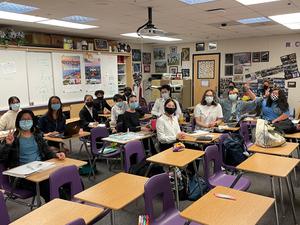 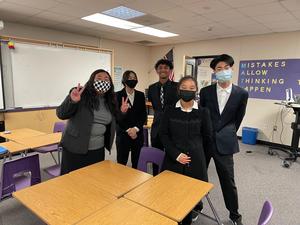 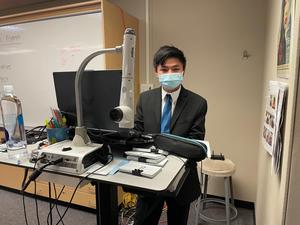 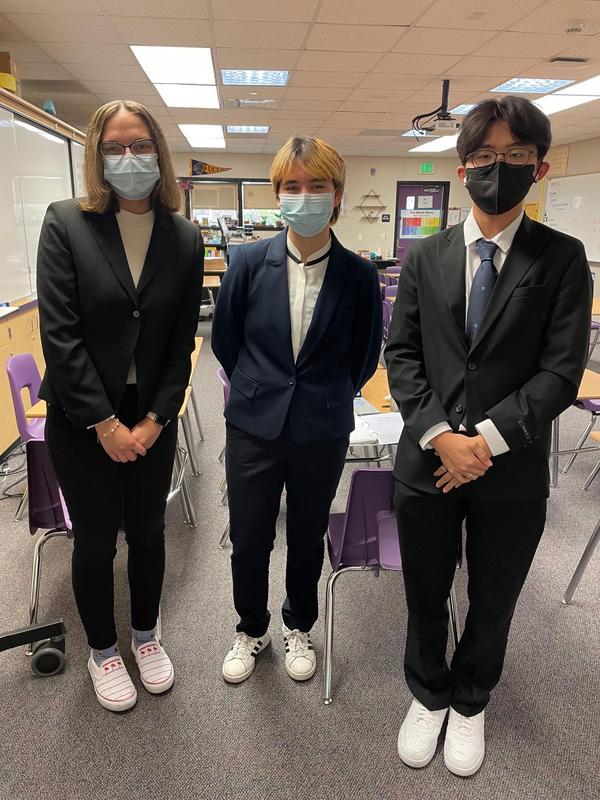 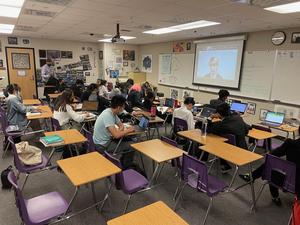 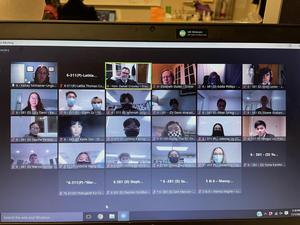 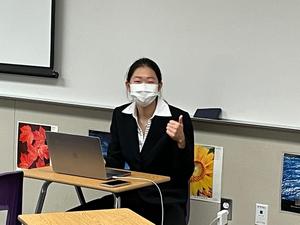 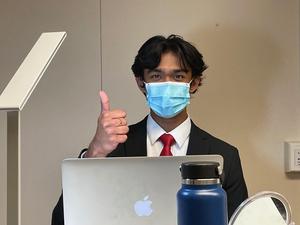 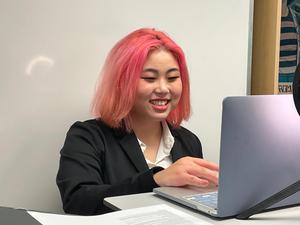 Congratulations to the DBHS MOCK TRIAL TEAM! After competing Wednesday, November 10, in a round for all undefeated teams, our team found out via ZOOM that they WON! They will now compete in the TOP 16 round (out of 92 teams that started the competition) on Tuesday, November 16. If they win, they will be competing Thursday in the Top 8.

The competitions are virtual, as they were last year. Unlike last year, they get to be together on campus. It gives our team members the chance to experience the competition together-ish. They take over 8 classrooms so that each witness, attorney, pre-trial attorney, clerk, bailiff can be alone in a room so that they can remove their masks when they need to speak. Those who are not speaking get to be together, masked, in a room where the competition is projected on a big screen.  A special perk of the season is that the coaches get to yell at the screen where normally they would be in the audience in a courtroom trying not to make any sounds at all.

A highlight of our two pre-trial attorneys...

The pre-trial motion pertains to the constitutionality of using photos gleaned from a camera placed by police in one person's yard but captures images from a neighboring yard.

REYNA WAN makes the motion for the Defense that the photo in question is the product of a search and seizure that violates the 4th Amendment. MINGYU LIU provides the counter argument for the Prosecution.

Both attorneys have completely memorized their 4-min arguments and have memorized about 15 precedent setting cases (the only ones that we are allowed to reference). They both can be and have been interrupted by the judge at any time and must answer whatever questions the judges pose. Then, each must give a 2-minute rebuttal based solely on the 4 minutes argument just presented by opposing counsel. Both are role models for the time, effort they have put in and the expertise they have displayed with the information.

Tuesday, the top 16 round, will be our DEFENSE TEAM against another school's Prosecution, which means Reyna is back on deck and is sure to knock it out of the park.

We are fortunate to have a deputy DA for LA County, Angela Brunson, assisting us. Ms. Brunson, along with our own Ken Carlson (an officer who testified in court countless times), are the secret to our pre-trial attorneys capturing the essence of the real thing.