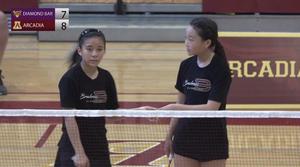 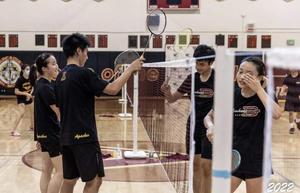 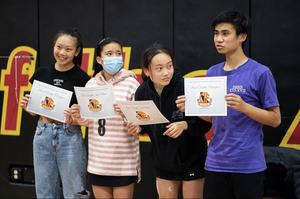 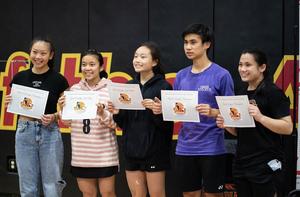 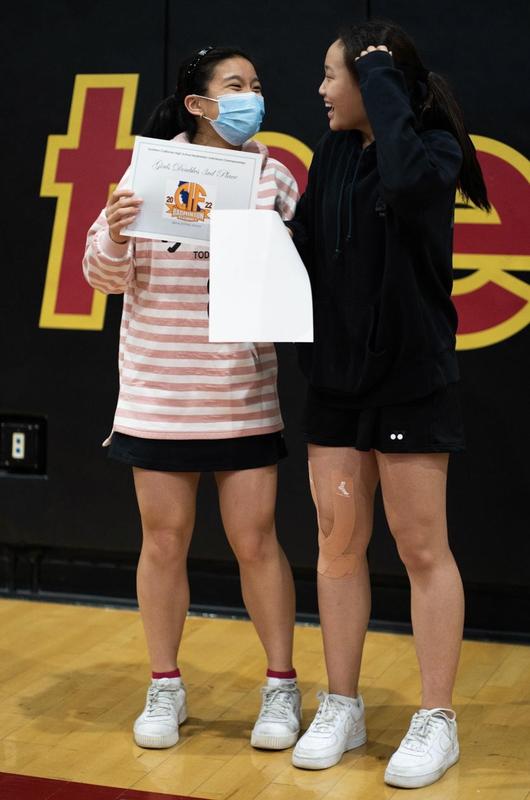 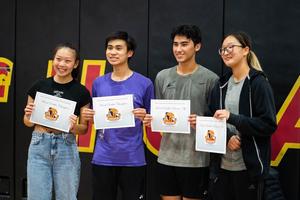 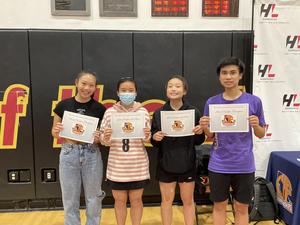 Our badminton team has concluded their season. They finished with a 13-1 record. They won the league championship, but ended up second in the CIF Open Division. The championship match was one of the closest, most competitive matches Coach Wells has ever seen. While the final score was 12-9, there were three lead changes (something incredibly rare in badminton) and 13 of the 46 sets played were decided by two points.
All three captains played their hears out. Codey Ma was able to take thee of his four possible points. Kodi Lee and Ashley Huang won both of the their doubles matches, including one against the team that won the CIF championship in doubles last night.
Carina Huang took two points, including a win against last nights Girls Singles Champion at the CIF Individuals.
At the CIF individuals, Kodi Lee and Codey Ma took first place in Mixed Doubles.
Our Girls Doubles team of Emily Liu and Ariel Shan captured third place. They also gave the 1st place team their closest match by far…taking them to three sets.
Ashley Huang won her second Women’s Singles Championship.
Carina Huang was the fourth place finished in Women’s Singles.
Gloria Nien won 5th place in Women’s Singles.
Bonnie Nien won 6th place in Women’s Singles.
Ryan Sin and Josh Wijaya won 6th place in Men’s Doubles.
Print