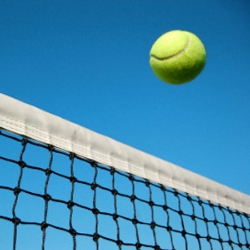 By Steve Ramirez, San Gabriel Tribune Staff Writer
Posted @ sgvtribune.com: 11/08/2010 09:19:13 PM PST
Diamond Bar has been the top girls tennis program over the past decade while San Dimas has been coming on strong in recent years.

Both were awarded top-four seeds in their respective divisions when pairings for the CIF-Southern Section girls tennis championships were released Monday.

The Brahmas (16-1), who moved from the Sierra to the new Hacienda League this season, received the No. 4 seed in Division 2, with San Dimas seeded fourth in Division 5.

The playoffs begin today with wild-card matches. The first round is scheduled for Thursday, with the final slated for Nov. 22 at Claremont Club. All matches are scheduled for 2 p.m.

Diamond Bar, which was 12-0 in winning the Hacienda League, will face either Temecula Valley (15-3) or Pacifica (11-5) of Garden Grove in the first round. The Brahmas, who advanced to the quarterfinals last season, also are lined up for a possible meeting with former Sierra League rival St. Lucy's in the second round. The Regents (14-4) won the Sierra League this season and face La Ca ada (10-6).