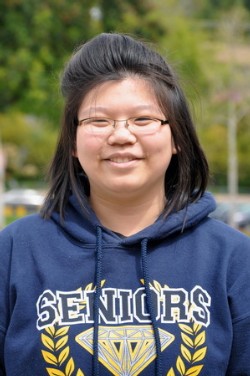 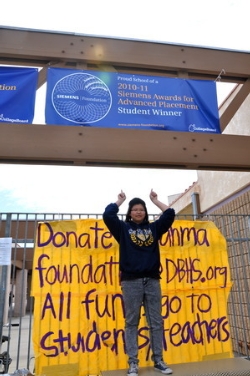 Chow was named state winner of the 2010 Math and Science Siemens award for Advanced Placement, a contest which selects one male and one female student from each state annually.

Chow has taken on a total of 12 AP tests to date — seven in math, science, and technology subjects — and mastered each with a top score of 5.

But Principal Catherine Real said that Jackie has not let her accomplishments go to her head.

"Jackie is an incredibly humble student and has a great approach to her school work, AP tests, and her overall goals in life," Real said.

Jackie said that her favorite AP classes have been in chemistry and physics and she looks to study chemical engineering and economics/business in college. Chow said she aspires to be a doctor and researcher.

Chow said that her passion for science grew from a love of cooking.

Learning basic physical principles of certain elements — like boiling and melting points — was interesting, Chow said, and became more meaningful when she was cooking.

"It helped me understand why cheese melts at a certain temperature," Chow said.

"If you don't have that passion," Chow said, "you won't find lasting success."

Earlier this year, Chow was also named in the top 150 students in the Chemistry Olympiad, was selected as a National Merit Finalist, and won a Presidential Award for academic achivement.

As a winner of the AP math and science award, Chow will receive a $2,000 college scholarship alongside 97 other high school students across the country.