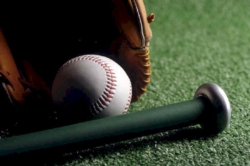 After all, the real season is just beginning.

Diamond Bar lost four straight in the same week during a recent trip to the Loara tournament, but three were one-run losses in low-scoring games, prompting Shibley to point to the big picture.

"Tournaments are tournaments. You want to win every time you step on the field, but tournaments aren't Hacienda League games and they're not CIF playoff games. Ultimately, those are the games we need to win and be prepared for."

Diamond Bar boasts one of the top pitchers in California, left-hander Kenny Mathews, who already is committed to Cal State Fullerton, though with his Major League Draft stock continuing to rise, it could lead to a tough decision for Mathews later in the year.

Mathews, though, is just part of the equation.

Henry Omana, a 6-foot-3 junior, has a fastball that touches 90 mph, giving the Brahmas a valuable No. 2 pitcher.

With some tenderness in Omana's throwing arm, though, Shibley preferred to rest him, sending him out for his first start against Diamond Ranch on Tuesday.

Omana answered the call, throwing four solid innings and allowing just one hit in a 6-1 Diamond Bar victory that helped the Brahmas improve to 4-4 and 2-0 in the Hacienda League.

"We wanted to give him (Omana) rest (during tournament season) just to get him sharp," Shibley said. "He wasn't injured; it was just cautionary. Plus we got a chance to see a lot of other guys pitch."

Teams in the Hacienda League face each other only twice, and there are no back-to-back games against the same opponents.

This is a luxury for Diamond Bar, which can pick and choose who to throw Mathews against.

By throwing Omana earlier in the week, Diamond Bar will send Mathews out today at home against Bonita (5-2), which many expect will contend for the league title with the Brahmas.

Bonita won the now-defunct Miramonte League last year and advanced to the Division 3 title game. The Bearcats have nearly everyone back, so Shibley knows that today's game at 3:30 p.m. is one that will have league title implications, even though they're just in the second week of the league season.

"Bonita is as good as anyone around here, and they've got an experienced, senior-oriented team," Shibley said. "Our issue is going to be scoring runs. We know that (Mathews and Omana) are going to keep us in games, but we need to score to make things easier on them."

Mathews (2-1, 1.05 ERA) already has 26 strikeouts in 20 innings, and whenever he pitches, you can expect a group of scouts behind home plate with radar guns.

"He's a once-in-a-decade-type pitcher," Bonita coach John Knott said of Mathews. "He outdueled Glendora (and pitcher Adam Plutko) in a game at home last year, and Glendora went on to win a CIF title.

"I don't think our guys are going to be intimidated, but we know we're going up against a kid who has had a lot of success. You have to chip away and have competitive at-bats against him to have a competitive chance."

Bonita normally would counter with 6-foot-8 senior pitcher Adam McCreery, who already has committed to Arizona State and has scouts drooling over him because of his size and potential, but McCreery hasn't pitched this season for the Bearcats, who hope to get him back for a late-season stretch run.

McCreery has been dealing with tenderness in his throwing elbow, but Knott said doctors have found nothing structurally wrong with him.

"He's possibly a first-round (Major League draft) prospect," Knott said. "His stock has soared. Just five months ago some (publication) named him one of the top 15 high school prospects in the country.