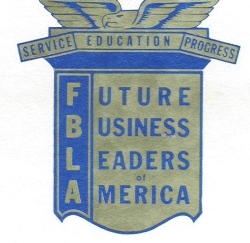 April 14-17, Diamond Bar FBLA members competed at the State Leadership Conference (SLC) in Santa Clara. The event, hosted at the Hyatt Regency, had over 1500 attendees from all over California. The competition was fierce, with over 50 events and many competing for the top 10 places.

Nationals will be held in Orlando, Florida, this year.

Lavanya Jawaharlal, junior, was elected and installed as the California State FBLA Vice President for 2011-2012.