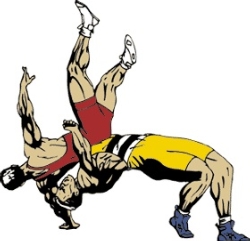 Wrestling coach Scott Usher of Diamond Bar has been selected as Coach of the Year by the San Gabriel Valley Tribune.

The season was rewarding to Diamond Bar and Usher, who guided the Brahmas to one of the best seasons in the program's history. It featured both team and individual accomplishments, including Diamond Bar winning its first league title in more than a decade, heavyweight Brian Ryu advancing to the state championships for the second consecutive year and Kevin Kim (171) winning a CIF-SS Southern Division title.