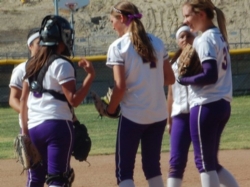 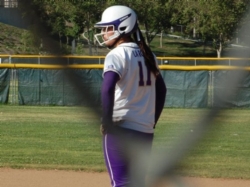 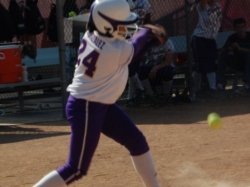 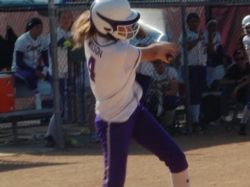 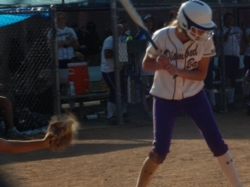 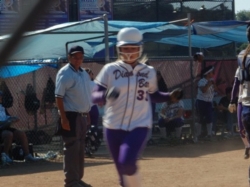 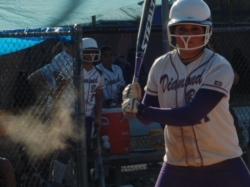 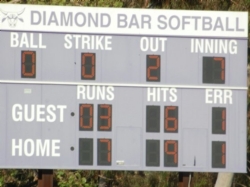 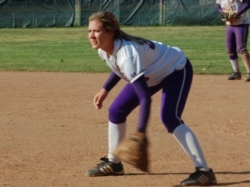 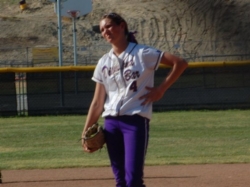 The Diamond Bar High School softball team solidified its position in the race for the Hacienda League title with a win over the Rowland Raiders, 7-3, Wednesday afternoon.

Diamond Bar (13-9 overall, 8-2 league) entered the game tied for second in the Hacienda League. They have won three of their last four games, including a 4-3 win over Bonita.

“We will just take it one game at a time,” Diamond Bar coach Jennifer Flannigan said. “We were in such a different position last year.”

UCLA commit Stephany La Rosa went 1 for 1, with a home run in the first inning to put the first points on the board. The slugger would be intentionally walked her last three at bats.

Still, La Rosa continued to earn runs, stealing a base and scoring another run on a Danielle Wilson RBI single in the sixth inning.

“The count was 3-0,” La Rosa said of her homerun. “I was not sure if she was going to throw a ball, but I knew she had to throw a strike. I loaded up and took my hack.”

Wilson would then give up back-to-back walks to Mercedes Cundiff and Natalie Schaffer. Rowland, however could not capitalize as Sabrina Morales would fly to center to end the inning.

"She has confidence in her defense," Flannigan said. "She will produce if she knows that you have her back."

"My defense behind me helped me and encouraged me," added Wilson.

Finally, in the fifth inning, Rowland would finally get to Wilson. Down 3-0, Alice Liao would single and later score. Wilson would walk three batters in the inning, including the third run of the game for Rowland to tie the score 3-3.

The Brahmas conclude the season as they travel to Los Altos on Wednesday, and hosts West Covina potentially for the league title Friday. Both games start at 3:30 p.m.

“Friday’s game (against West Covina) will be a good game.  (They were our first loss) and they haven’t seen us at our peak,” Flannigan said.  “They will see a different team this time.”