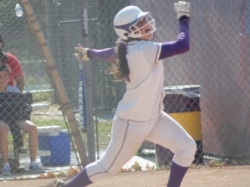 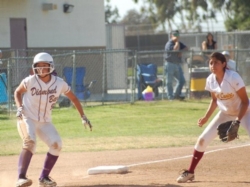 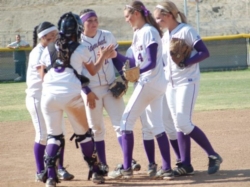 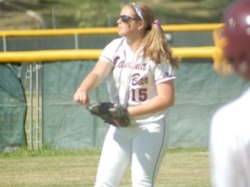 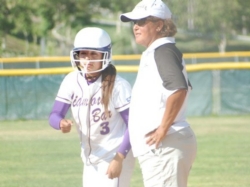 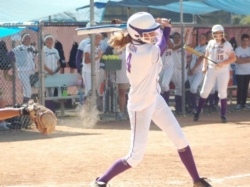 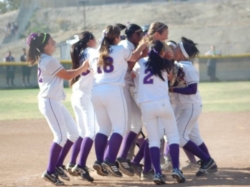 What a difference a year makes. Last season, Diamond Bar’s softball team were 0-10 in the Miramonte League.

One year later, with one swing of the bat from Stephany La Rosa, Diamond Bar can now be called co-Hacienda League champions with Bonita High School.

La Rosa, who has committed to UCLA next year, hit a solo home run in the first inning, which would be the only run of the game, as Diamond Bar’s Danielle Wilson out-dueled West Covina’s Dekota Monarrez for the 1-0 win.

“I have been walked many times before,” LaRosa said. “But when a pitcher challenges me, I am up to it. I stepped up to the plate and got a hold of it.”

This time, it resulted with her hitting the ball over the right field fence.

For Diamond Bar’s head coach Roberta Garcia-Uyemura, it was extra special, with her own personal health issues earlier in the year, and then the passing of her father this past week.

Garcia-Uyemura credited the new coaching staff to the team’s success this year.

“We got Vince LaRosa, and Jennifer Cuevas-Flannigan, who is the former head coach of Walnut,” Garcia-Uyemura said. “To be able to get them to work together this season, to get this 1-0 victory, it’s special.”

LaRosa gave a share of the credit for the Brahma's win to her father and coach, Vince.

“My father coaches me, and his intensity is high as it is,” La Rosa said. “But with me and him its great.”

Both teams would get scoring opportunities Friday, but neither starting pitcher would budge, as each would be able to pitch out, jam after jam.

Catcher Liz Rubalcava would open the bottom of the fourth inning with a triple. Diamond Bar, however, would not be able capitalize as Monarrez would strike out Wilson and then force the next two batters to ground out and then pop out.

Wilson would return the favor in the following inning. After getting the first two batters out, Bonita's Tyler Castro hit a triple to get within striking distance, but Wilson then compelled Monarrez to ground out up the middle to get out of the inning.

“Danny (Wilson) pitched a hell of a game today,” La Rosa said. “This is the most focused I have seen her in a while.”

Both teams now await their fate, as the playoff pairings come out Sunday.