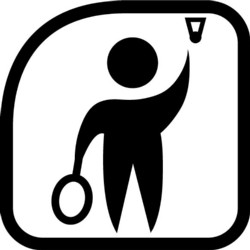 The Diamond Bar badminton team finished second in CIF competition after a second consecutive season placing first in league, with a 13-1 record.

Despite finishing just points short of the CIF Southern Section title against Mark Keppel High School on May 7, Coach Kemp Wells said the team had a great season.

"We may have come up a couple of points short of the ultimate prize, but this team was amazing all year long,” Wells said.

The team counted two Hacienda League MVPs in its ranks, with sophomore Samantha Li and senior captain Luke Chiang both earning the honor and bringing home medals in mixed doubles competition during the league finals.

The second-place finish in CIF competition by victories that brought the team four of the five first place medals.

The young team will look to next year to take the CIF section title.

Diamond Bar had only three seniors on the roster — Luke Chiang, Alvin Ma and Kevin Lin.

“I wish the seniors well in their college endeavors and I welcome the returning players in an effort to finally earn a championship," coach Wells said.

On top of success on the court, the badminton team proved model students, holding impressive grade point averages during the season.

Freshman standout Curtis Li maintained a 4.0 GPA and looks to be on the Brahmas roster next year. No player on the team has less than a 3.30 grade point average.

“The players are awesome in the classroom and a great group of student athletes,” Wells said.