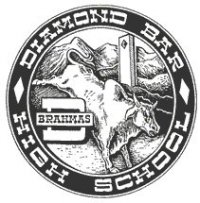 Diamond Bar High School ranked 25th in the state for schools where students are well-prepped for college.

The Washington Post recently released the data and on a national level, Diamond Bar ranked 258, well above Long Beach, Walnut and Los Alamitos.

The rankings include schools that surpass 93 percent of other public high schools in children taking advanced placement and baccalaureate classes.

The Post's Jay Matthews since 1998 has ranked schools by how effectively each has prepared its students for college.

In its formula to determine the rankings, The Post divides the number of Advanced Placement, International Baccalaureate or other college-level tests a school gave in 2010 by the number of graduating seniors.

Only 7 percent of the approximately 27,000 U.S. public high schools qualified for the list, according to The Post.

As part of the challenge, The Post also released the percentage of students receiving subsidized lunches. The percentage gives a rough estimate of a school's poverty level, according to The Post.

Diamond Bar High has a 9 percent subsidized lunch rate, according to the data.

NOTE: Many schools ranked higher than our school are not open enrollment schools like Diamond Bar High.