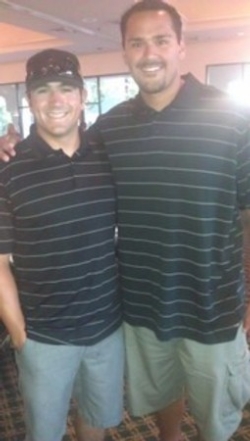 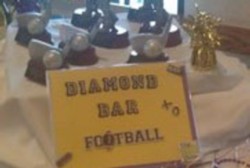 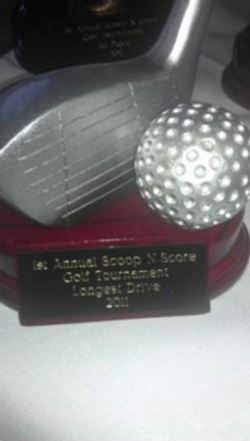 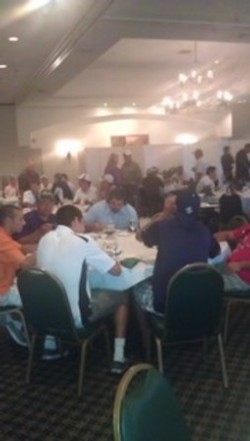 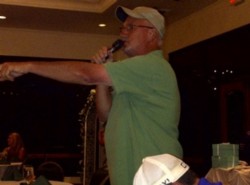 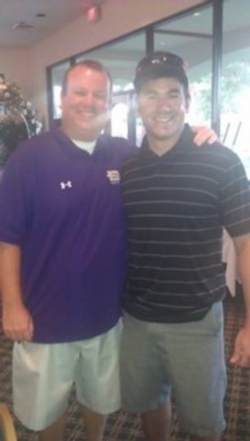 The fundraiser was the first annual event for the team and brought back alumni of the football program to participate and reflect on how the program has grown.

During the reception during the event at Los Serranos Country Club in Chino Hills, four-time CIF winning coach Terry Roche called back fondly to his days with program.

“After spending more than 20 years with the Diamond Bar football program, it was by far the best time of my life,” Roche said.

Roche was joined by many Brahma alumni, including Rich Gonzalez, a former professional baseball player, Brahma baseball coach and the quarterback for Roche’s first season at Diamond Bar in 1981.

"Who knew he would grow up to be such a great young man," Hardison joked. "The football program is in great hands."

Diamond Bar’s former principal Denis Paul and Sam Wright, father of former Arizona Cardinal and CIF-winning running back Jason Wright were part of the foursome who won the trophy for best overall score, coming in 18 under par.

Kurt Davies, Diamond Bar’s Athletics Director said he was pleased with the fundraiser and looks forward to the start of the upcoming season.

“As an athletic director, you want your coaches to get lots of support and Maine has many people in his corner,” Davies said.

Coach Maine said he was happy with the turnout and amount of money raised heading into his first year at the helm.

“Diamond Bar High School is truly a special place and that was evident by all the people that came out to support the football team," Maine said.