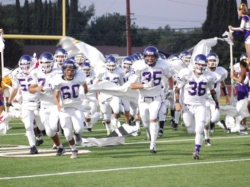 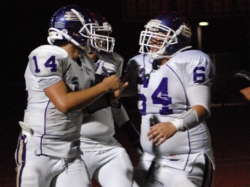 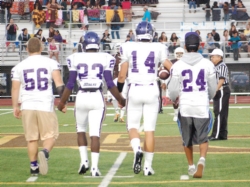 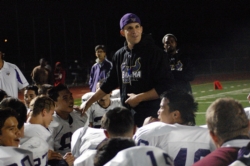 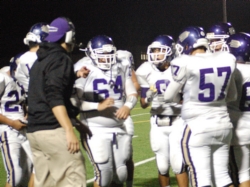 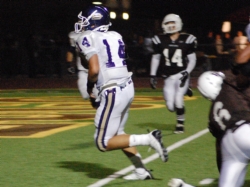 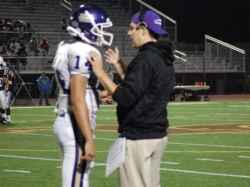 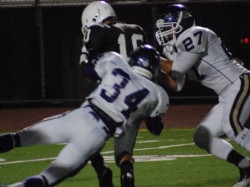 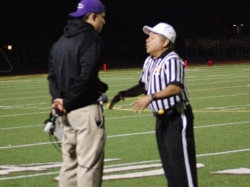 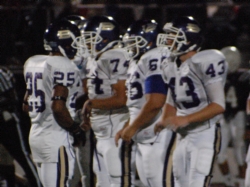 The Diamond Bar Brahmas football team spotted the host Don Lugo Conquistadors the first six points of the game, then went on a 26-0 run to score a 26-6 victory, its second in as many weeks, Friday night in a non-league matchup.

The Brahmas’ Henry Omana went 8 for 13 for 128 yards and two touchdowns. He also ran for 46 yards on nine carries and a touchdown.

“Henry (Omana) is a football player,” Diamond Bar head coach Ryan Maine said. “He can make something out of nothing.  That’s what he does for us.

"He thinks he's fast," Maine added jokingly,"but actually he has good vision, and he is a very smart player."

In a game filled with penalties on both sides, Maine attributed the miscues to inexperienced players filling in for injured regulars.

“We had four starters out with injuries, and we had others who caught the flu,” he said. “The kids who were starting for the first time showed, as shown by the penalties, but I’d rather they get penalties playing hard than not trying.”

“We wanted to keep running the ball, even with Jamaal (Clayton) out this week,” Omana said.

Eric Meir scored Don Lugo’s only points of the game on its first possession of the game as he ran 12 yards for the score.

The Brahmas defense took over (with some help from some poor play from Don Lugo).

“The defense did well this week, last week, and they will keep doing it for the rest of the year,” Omana said.

Diamond Bar answered, scoring in each quarter.  Omana would hook up with George Katrib on a 66-yard scoring pass in the first quater, then follow it up with a 20-yard scoring strike to Matt Carrillo in the second quarter. Omana would then run it 19 yards himself in the fourth quarter to seal the victory.

Don Lugo’s Marc Wiseman was 8 of 23 for 129 yards and an interception. After completing his first five passes in a row, he would only complete three of his last 18 attempts.

Steven Heier hauled in three passes for 60 yards, while Michael Carr added another 57 yards on three catches for Don Lugo.

“Whatever can go wrong did,” Maine addressed his team after the game.” You stepped up to the challenge, but we got to eliminate the mistakes.  I’m proud to be part of of this bunch”

Diamond Bar (2-1) looks to win its third in a row next week as it travels to Brea Olinda next week.  Kickoff is at 7pm.