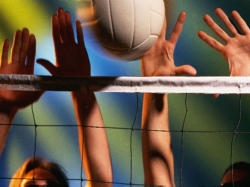 The week of October 31, our volleyball team is heading into the last week of league play. We have two HUGE home matches on Tuesday, November 1, and Wednesday, November 2, against Bonita and Los Altos. Currently, we are 9-1 in league, which is just one match behind Bonita (10-0). We have to beat Bonita Tuesday to join in the league championship. Our last meeting against Bonita we were up two sets, had a match point in the third set, but couldn't finish and ended up losing the match in five sets. Bonita's front line towers over us at 6' 3", 6' 3", and 5' 10". We are ready for the fight. Please come out and support and encourage your students to do the same next week and cheer on Brahma volleyball. We haven't had a league championship since 2008.