Alumnus To Play In Super Bowl 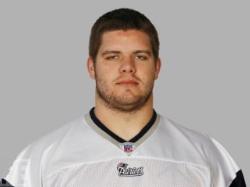 Ryan Wendell heard it, too. First, as a kid, he was too big to play football. Then, as a potential NFL draft pick, he was too small, came from a small school. He wasn’t expected to get drafted.

Three years later, now a backup center for the New England Patriots, the 2004 Diamond Bar High School graduate will be in the Big Show – The Super Bowl. The Patriots will face the New York Giants in Super Bowl XLVI on Feb. 5 at Lucas Oil Stadium in Indianapolis.

Size does matter. But only Wendell and his coaches could gauge the size of his heart.

“I knew I was an undersized guy from a smaller school and knew I probably wasn’t going to get drafted,” Wendell recently told ESPNBoston.com. “There was an outside chance on the last day, in the later rounds, so I was just excited to see what teams were picking what guys. I was just hoping I could go somewhere as an undrafted free agent and try to make a team.”

His jersey has been retired at his former high school and he is a member of the school’s athletic Hall of Fame, a source of pride for a guy that simply hoped to get to the next level and looked no further than that.

Diamond Bar High School athletic director Kurt Davies coached Wendell in high school and said they texted back and forth after the Patriots victory Sunday against the San Francisco 49ers. Now, Davies said, the entire school is full of Patriots fans.

“I hate everything Boston, the Celtics, the Red Sox, but now I have to be a Patriots fan,” Davies said with a laugh.

Wendell was an All-CIF Southern Section selection as a senior defensive lineman, with more than 50 tackles, six sacks and caused three fumbles. He earned the same honor as an offensive lineman his junior year. A two-time All Sierra League selection, he was the league’s Most Valuable Player as a junior.

Davies said his size doesn’t stop him, because his preparation and technique is superior.

“He’s probably the smallest offensive lineman in the NFL,” Davies said. But he’s the best technician I’ve ever coached. He uses his size to his advantage. The Golden Rule of football is low man wins – he always gets down lower than the guy he’s going against.

“It’s funny, he’s 6-foot-2, but is always the biggest player on the field because of his knowledge and heart.”

Wendell earned a scholarship to Fresno State, where he was again a four-year starter and earned numerous accolades. He was named Co-Freshman of the Year in the Western Athletic Conference and was an All-WAC selection and all-academic selection.

Undrafted, he signed with the Patriots as a free agent. He played on the scout team before working his way into the lineup, filling in for injured linemen. His work ethic and ability proven, he has started several games for the Patriots and works closely with future Hall of Fame quarterback Tom Brady.