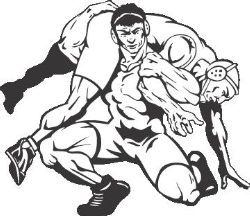 Tuesday night, January 31,  was the last wresting match of the season against the Walnut Mustangs. Like last year, it came down to the last match. The Mustangs came out to a 25-0 lead over the Brahmas. By the last match, the Brahmas fought back to tie the match, 37-37. Matches that result in a tie are decided by a tie breaking system. The Brahmas ended up winning the match because the Mustangs committed a technical violation earlier on in the match and lost a team point.

The Varsity team ended up 11-3 overall and 3-2 in League. The JV team was a perfect 5-0 in league. The Frosh/Soph team was 3-0 in league. Next up for the Brahmas is league finals at West Covina High School on Saturday, February 4. League finals is an individual tournament where the top 3 wrestlers in their weight classes advance to CIF.