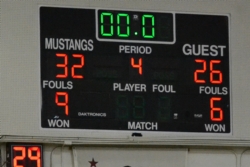 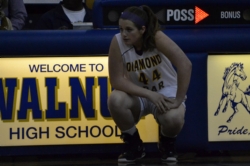 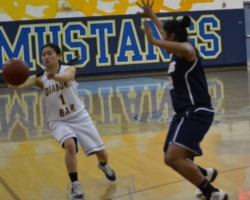 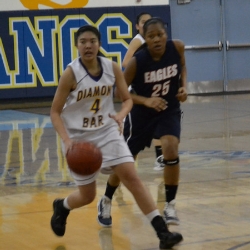 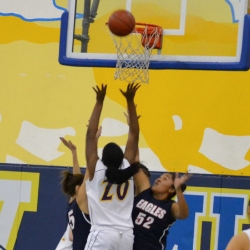 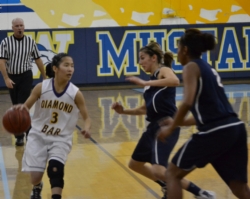 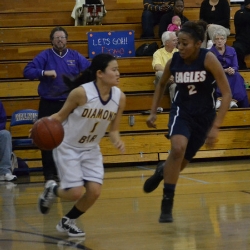 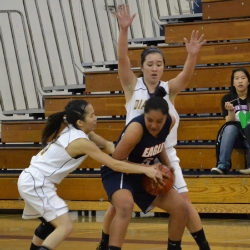 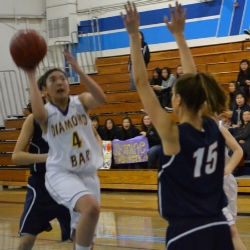 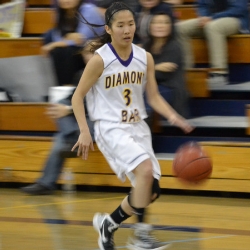 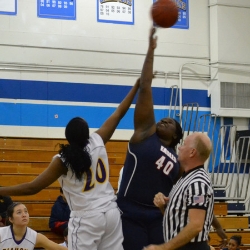 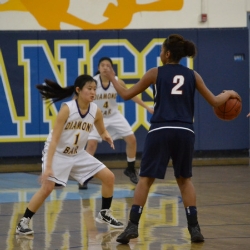 The Diamond Bar Brahmas and the La Sierra Eagles girls basketball teams scratched, battled and clawed for 32 minutes Saturday night, and when the dust settled, it was the Brahmas who emerged victorious 32-26 in a CIF division 1A matchup.

To the everyday person, this may seem like a sloppy, poorly played game.

However, Brahmas' head coach Tony McCabe said, "This is how it is. This is what playoff basketball is, especially with teams who are evenly matched as we are. There will be some steals, some blocks, missed shots. If you can survive this, you'll most likely win."

It was Wu's 3-pointer late in the fourth quarter which would be the turning point of the game. Leading 27-23 Wu would get a pass on the right corner from Jasmin Nguyen and hit the shot to extend the lead to 30-23.

"The 3-pointer (Wu's shot) is like the go-ahead touchdown in a football game," McCabe said. "She scored the go-ahead basket which gave us a two-possession lead."

Alabi would open the scoring for the Brahmas on a pass from Lizzy McCabe. The tandem of Alabi and Wu would score all of the Brahmas' points in the first quarter to lead 8-4.

La Sierra (16-11) would make the game interesting, as they would be able to close the gap to 17-12 to end the half. Diamond Bar would regain control in the third quarter, going on an 8-2 run culminating on Wu's steal and a layup to take a 25-14 lead into the fourth quarter.

After being held to only two points in the third quarter, Jones and Lara came alive in the fourth quarter, scoring nine of the 12 points in the quarter, but it was too little too late as Diamond Bar would hold on for the victory.

Diamond Bar (18-9) travels to Temecula Valley Wednesday night for a second round showdown against the Golden Bears who defeated Santa Fe 60-54. Tip off is at 7 p.m.