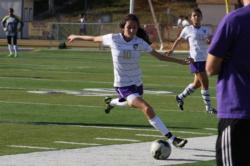 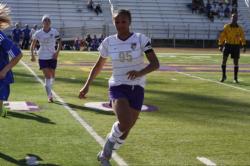 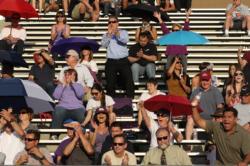 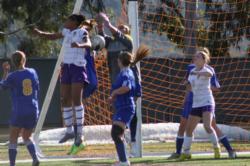 Down 1-0 in the first half, the team’s first goal was by Stevie Thomas on a corner kick by Tatum Lockett, tying the game. Lockett made a goal in the second half, bringing the score to 2-1.

The Friday quarterfinal game is scheduled to start at 3 p.m. at Claremont High School.

The boys soccer team lost to Crescenta Valley 1-0 in an away game. The only goal was scored with just 14 minutes left on the clock.

The girls basketball team traveled to Temecula Valley, where they lost 57-33.

After winning league and making it to the CIF quarterfinals, the Diamond Bar High School girls soccer team has made it to the end of this year’s journey.

It was a great season for the girls, coached by Matt Brummett, as well as DBHS soccer as a whole. Both the boys and girls teams won league titles for the first time in years.

“As parents, we all knew this was going to be a special season for the girls, but little did we know how special,” said team parent Stacy Stelzriede in an earlier interview with Patch.
http://diamondbar.patch.com/articles/dbhs-girls-soccer-wins-headed-to-cif-quarterfinals Source: DiamondBarPatch
Print