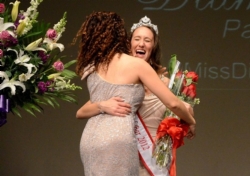 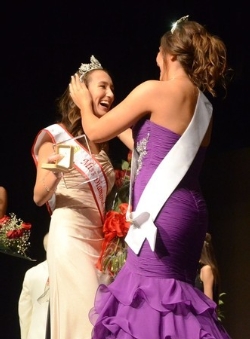 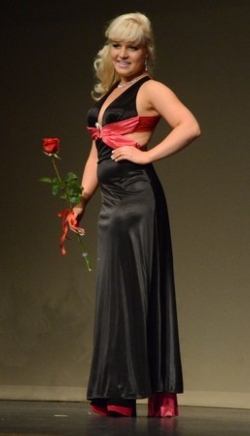 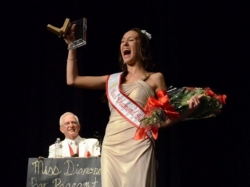 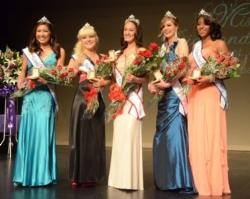 Inside the Diamond Bar High School Performing Arts Theater, the smiles were just as radiant, as Alexandra Miller was crowned the new Miss Diamond Bar.

The 16-year-old Diamond Bar High junior beat out eight other contestants to earn the honor in her first-ever pageant outing.

"I wanted to try something new," said Alexandra, who is also a varsity cross country runner for the Brahmas. "I had a little bit of extra time since I wasn't doing track, and I wanted to do something outside of my bubble."

The nine contestants competed Sunday in an interview session with the judging panel, as well as an on-stage question, swimsuit competion and evening gown competition. The field was narrowed to five, with the remaining few asked one final question -- "What was the best piece of advice you were ever given?" -- which helped the judges determine the winner.

Besides her distance running background, Alexandra takes three advanced placement classes and is on the principal's honor roll at Diamond Bar. She also works as a tutor for elementary and middle school students, and had been accepted to be a part of the school's advanced show choir, but had to bow out due to class commitments.

Alexandra and her court will spend the next year representing the city at community events, including the LA County Fair, the city's birthday celebration and other city functions.

The rest of the court includes:

As far as how she felt Sunday, the new Miss Diamond Bar was still a little in shock.

"It's not sinking in," Alexandra said. "Maybe when the year's over and I then I give it to the next Miss Diamond Bar, it will sink in."

(2) Alexandra Miller, Miss Diamond Bar 2012, is congratulated by a family member after being crowned.

(3)  Alexandra Miller gestures to the crowd after being crowned Miss Diamond Bar 2012.