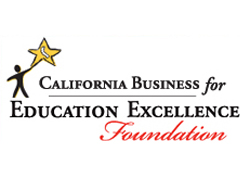 After an extensive analysis of student achievement data for every public school in California, these schools stood well above the rest in getting students to grade level proficiency and beyond, district officials said.

Schools received the official announcement on May 8. Each will also receive a large banner that can be displayed to announce their accomplishment, officials said.

“These schools are the bright spots of excellence in efforts to raise student academic achievement and close persistent achievement gaps,” said Jim Lanich, president of CBEE.

“By highlighting them, recognizing their achievement and giving them a voice we hope other schools can learn from them and replicate their proven practices throughout the state.”

For the first time, the business community is recognizing a subset of the Honor Roll that has both high percentages of low-income students and high levels of math and science achievement, district officials said. These 100 STEM Honor Roll schools will receive special recognition of their accomplishments.

You can learn more details about the Honor Roll and to find each school’s data profile at http://www.edresults.org/honorroll/honorroll11.