DODGEBALL: Students Take On The Staff 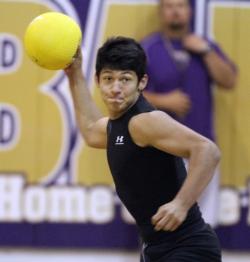 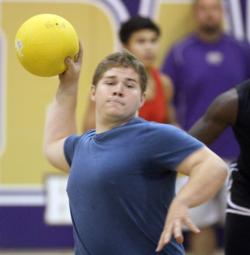 Tuesday, May 22, was the culmination of DBHS's first annual dodgeball tournament.

There were three match-ups.

Matched the staff team against the Black Panthers student team that came in SECOND PLACE during the student tournament.

Matched the staff team against the Dodgers student team that came in FIRST PLACE during the student tournament. It was a best of three challenge. It was a hard fought match, and in Game 3 the staff was up 4 players to 2. BUT, after some key catches on the other side, they were  able to turn the tide and win.