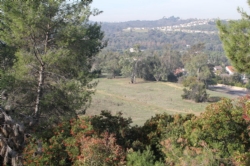 On Wednesday, June 6, the Walnut Valley Unified School District Board of Trustees unanimously accepted the highest bid and the bid ranking listing for the sale of Site D in Diamond Bar.

According to the district, the transaction will yield over $35 million for schools. The funds will go towards buildings and infrastructure.

“It’s exciting to think that after more than 20 years the property is finally being sold for the benefit of our children and staff,” said Board President Larry Redinger.

“These funds are so important to Walnut Valley,” said Superintendent Dr. Dean Conklin. “It will provide state-of-the-art technology infrastructure that will continue to allow our students to become 21st century learners.”

“All of the hard work in the preparation of this process culminates in what has taken place today,” said Conklin.

“We will look forward to our kids reaping the benefits in the near future,” Redinger said.

According to Conklin, the WVUSD will see the money after a maximum 14-month escrow, if all goes as planned.

“There are state rules and regulations from the sale of property and we will use it according to those laws,” Redinger said.

“It’s pretty profound that we’ve had this large parcel that was on the market, and we’ve gone through 22 years, and we’re finally there,” Conklin said.

In late May, Diamond Bar officials posted plans for the Site D Project for residents concerned over the development. The plan once included a commercial development, and now features 200 attached and/or detached homes and a neighborhood park to be constructed by the Site D developer and dedicated to the city, with access from within the project and from the surrounding community, according to city documents.