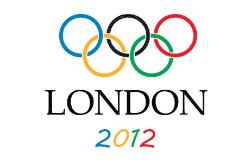 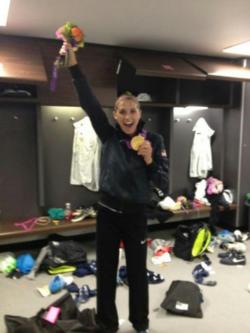 
Story By By Gina Tenorio, DiamondBarPatch


CLICK HERE to watch video of the big score by Alex!

Alex Morgan's looping header in the 123rd minute sent the United States Women's National Team into the gold medal soccer game and a 4-3 victory over Canada.

In the final minute of the second half of overtime, Heather O'Reilly took the ball wide on the right wing and sent the ball into the penalty area. It landed on Morgan's head, who pushed it over the outreached hand of Canadian goalie Erin McLeod and under the crossbar for the game-winner.

"I'm still in shock, given what just happened right now. We're in the medal match, we're in the final," Morgan told NBC after the match.

"Just get in the air and get your head on that. (O'Reilly) is great with crosses, she is so good at getting down the end line and putting the cross in. I was just trying to be in the right position. And it just so happened that I was, and I still can't believe it."

The goal was the first for the Diamond Bar High grad since a goal against France in the tournament opener.

"I have been saying the whole time, I don't care who scores, as long as we friggen score," she said in the NBC interview. "As long as we win then that's all that matters. I just got my head on it at the end and I didn't even see it go in."

The goal concluded an epic match between the two border rivals. Canada, who has not beaten the Americans since 2001, took the lead three times in the game, each time on goals by top-scorer Christine Sinclair.

But the Americans were able to answer each time. Megan Rapinoe scored twice, and Abby Wambach converted a penalty kick in the 80th minute, which forced the extra time.

"It was a crazy battle," Morgan said in her post-game interview. "Credit to Canada for coming back and back and back."

The U.S. victory sets up a rematch of the Women's World Cup final from last year between the Americans and Japan. The Japanese women won the game in a penalty shootout last year.

"We saw right before the game that Japan had won," Morgan said. "We wanted the rematch, but we wanted to put everything out on on this field because we weren't going to get the rematch with them without this win."