Orchestra Selected As Top String Section In US 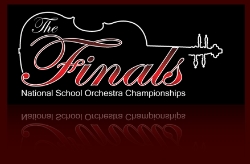 Representing DBHS in a competition against ten of the best orchestras in the nation were 112 students from Symphony Orchestra and wind ensemble performing at Lincoln Center.

“Because we knew ahead of time how talented the group was, we felt very relaxed and comfortable going into it. It was exciting too because we knew it’d be a special performance,” band and orchestra director Steve Acciani commented.

To prepare for the trip, students rehearsed every day during class as well as every Wednesday after school from 6 to 9 p.m. Professional musicians like Sey Ahn, a guest conductor from USC, worked with the students in preparation for the competition and was also the conductor for the performance at Lincoln Center.

“By setting a goal to be one of the best in the nation, all the students were drawn together. Watching them be able to prepare and work with outside professionals — basically, take care of each other while planning and executing the trip made it feel like something really special. Our goal was to make this trip the thing that students remember most about in high school and I think we accomplished that,” Acciani said.

During the four days in New York, from Feb. 28 to March 3, the DBHS performers also had the opportunity to roam around and explore the new environment. Many visited the Central Park or watched Broadway shows such as “Phantom of the Opera.”

Besides the rigorous practicing prior to the trip, students held outside concerts, gigs, and also found sponsors to raise funds so that every student could go.

Through all of its fundraising and various donations, orchestra was able to raise $25,000 in order to partially fund the trip.­­­­