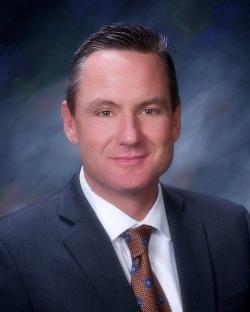 He will take over July 1 in the high-performing district that is facing a difficult fiscal future.

In December, the school board declared a "negative certification" for the district budget, meaning it may not be able to meet expenses next year.

A revised spending plan reversed the negative certification to a "positive" one earlier this year.

Taylor, who has been deputy superintendent of Corona-Norco Unified School District, will succeed Superintendent Dean S. Conklin, who is retiring next month after almost 15 years with Walnut Valley Unified.

The school district covers Walnut and parts of Diamond Bar.

"I'm going into a district that has a long, strong reputation for student achievement " that puts kids first and produces high results in the classroom," Taylor said.

"The budget has been a concern for districts across California. "

Hopefully, with the state economy, that'll continue to improve, but it's something we'll all have to deal with.

The Walnut Valley Unified school board's search for the next superintendent included a visit to the Corona-Norco district earlier this month.

"The board unanimously feels that Dr. Taylor is an outstanding choice for superintendent. We feel that he will bring leadership skills and genuine care for people that will serve our students, staff and community well," board President Helen Hall said in a news release.

Taylor began his administrative career in Yucaipa-Calimesa Joint Unified School District. He has worked in numerous administrative positions, including principal, and has been a classroom teacher.