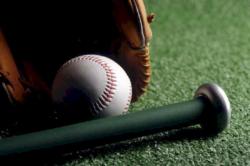 Morales went with junior Aaron Pinto, with senior Jared Paderez waiting in the wings. The plan backfired. Pinto gave up five runs - four earned - in two-plus innings. Coupled with a two-hitter by Brahmas senior hurler Sean Patton, Diamond Bar defeated the Swordsmen 6-0 to advance to Friday's quarterfinals against Gahr at a site to be determined by a coin flip.

After a one-out relief stint by Joe Zepeda in the third, Paderez came on and pitched the final 4 2/3 innings and allowed no runs on four hits while striking out four.

Morales talked about the decision to go with Pinto (7-4).

"The situation is we're basing it on a body of work and the body of work Pinto has put together for us was quite impressive," Morales said. "For a long time, he was our (No.) 1; in the middle of the season, he established himself as the guy. We evaluated it and thought we were going to get a good outing out of Pinto.

"We wanted three, four innings out of him and then we wanted to be able to close with Paderez; people aren't going to hit Paderez."

Morales conceded that for this particular game, it wasn't the correct decision. And with the way Patton pitched, the Swordsmen needed a finely pitched game, too.

Patton(7-4) struck out seven. He allowed just a one-out fifth-inning ground single up the middle by Kevin Lugo and a two-out bloop-single to right in the seventh by Joe Argumedo that went off the glove of second baseman Tommy Delgadillo, who tried to make a terrific catch but could not come up with it.

Patton then walked Jordan Valdez to put runners on first and second, but Patton struck out Zack Ramsay looking to end the game.

Patton talked about his plan of attack.

"Our coaches did a lot of scouting and talked to a lot of coaches," he said. "We got a lot of information about this team and basically we just did the same thing we've been doing all season.

"We didn't really have to change up much."

Patton mixed a live fastball with a nice curve.

"Yeah, it was mainly my fastball and my curveball," he said. "Usually my changeup is my best pitch, but luckily I had my curveball to back me up."

Run-scoring singles by Nolan Luzzi and Delgadillo and a sacrifice fly by Zeph Walters in the second inning gave Patton and the Brahmas a 3-0 lead. A two-run triple by Casey Kernohan off Zepeda in the third gave Diamond Bar a 5-0 cushion.

"He did a good job of throwing strikes, mixing it up and keeping us off-balance," Morales said of Patton. "I was surprised because it wasn't like he had overpowering command and stuff.

"But it definitely got the job done. And then we got tight. You give up three and give up another three, and you're really tight."