Brahmas Will Play At Anaheim House Of Blues 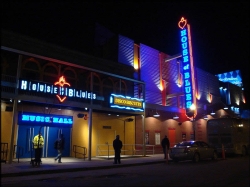 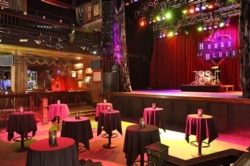 The House of Blues in Anaheim is noted for embracing variety with its concerts, offering music of almost every genre performed by signed touring bands, as well as local garage groups. Add to its list bands that are young enough to be the majority of the audience’s children.

BiPolar Bears will open for tribute bands Led Zepagain and Fan Halen at HOB on Saturday. The musicians are all 14 and 15 years old and rock out covers of songs by Rush, Metallica, Black Sabbath, Tool, Danzig and more.

“The audience will have a good time. It’s nice to have fun and see how bands aren’t just always older people and kids can do the same thing that they’re doing,” said Maddy Landi, vocalist for the BiPolar Bears. “I’m honored to play with Led Zepagain, they’re so good. I’m so excited.”

In May, the quintet won the annual battle of the bands during the Oak Tree Festival at St. Dorothy Catholic Church in Glendora. The prize was this gig, to open for Led Zepagain and Fan Halen during a concert at the House of Blues in Anaheim. This is Landi’s second time winning the contest, she garnered the prize in sixth grade when she was the vocalist for Jet Propulsion.

BiPolar Bears and Jet Propulsion were both formed in the youth music programs led by Daryl Hernandez of Covina. BiPolar Bears is part of Hernandez’s Diamond Bar High School Commercial Music Program, which grew out of the House of Rock at the Fret House in Covina. In the programs, children ages 9-18, are put in bands so they can learn how to work with others while learning how to play popular music. They also learn songwriting, recording and other aspects of the music business and are provided with performance opportunities. The kids are encouraged to find their own gigs as well.

Landi has been in Hernandez’s program since she was 9, and is now a freshman Diamond Bar High School. She has performed previously at HOB in Anaheim, as well as HOB and Whisky-a-Go-Go in West Hollywood, Zendejas Mexican Restaurant in San Dimas, Old Spanish Days in Santa Barbara and other clubs in the Southern California area.

“Right now we’re practicing every day because of House of Blues, but if we don’t have a gig, it’s once or twice a week,” Landi said. “We’re all into metal, heavy rock songs. We select an artist that we like and we all can do, and we’re all going to like. Then we all agree upon it.”

Landi has studied with a voice teacher to increase her vocal range over the years. She can conquer most of the band’s selections with ease, although sometimes the song’s key may need to be adjusted.

The band program has taught Landi more than just how to sing well.

“It definitely taught me how to be more social, how to talk to people,” Landi said. “I learned how to adapt to other people’s personalities. It’s made me a better person as a whole because I make a lot of friends through the program and meet more people.

“To learn a song usually takes me a couple weeks because it takes a while to get in my brain, so I’ve learned to put down the cell phone, turn off the TV, don’t do anything, just get my work done. That helps me in school too,” Landi added.

Her hard work has paid off, she’s mostly an A student and has dreams of a music career.

“This is definitely what I want to do, but I want to have options, too, because it’s really hard to get into the music industry,” Landi said.

She would like to attend Juilliard, but Landi most likely will go to a local university. As for her major?

“I have four more years to think about it,” Landi said.