Brahmas Participate In The Great ShakeOut 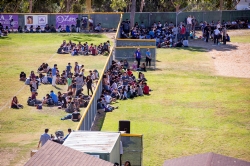 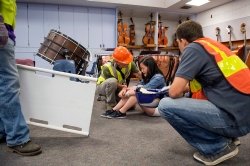 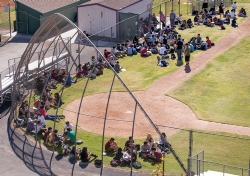 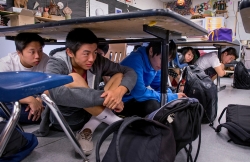 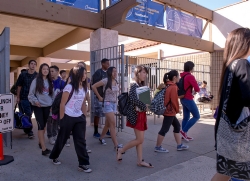 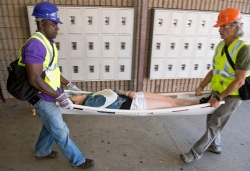 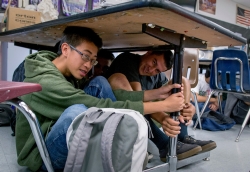 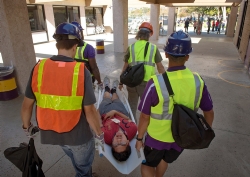 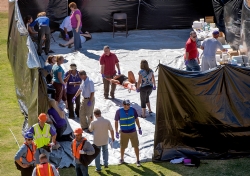 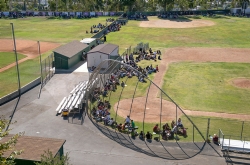 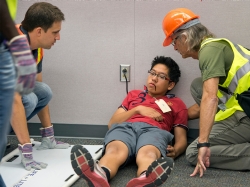 
It began as a uniquely Californian concern: Drop, Cover, Hold On. But on Thursday, more than 18.7  million people worldwide learned the importance of preparing for an earthquake or disaster as they participated in the Great ShakeOut Earthquake Drills.

Nearly 10  million participated in the state, more than any other region, and ShakeOuts occurred in schools, homes, businesses and public spaces alike. Students across the San Gabriel Valley took cover under their desks and practiced evacuation drills beginning at 10:17  a.m. Thursday, the official ShakeOut start time. At Diamond Bar High School, a series of warning bells rang for a couple of minutes to alert students and trigger the evacuation procedures.

“One of the first things we do on the first day of school is introduce the class to what happens if we have an earthquake or fire,” algebra teacher Marc Natividad said. “This is already our second or third drill of the year so they’re already getting accustomed to what we’re supposed to do as a class.”

Most of the teachers began their day by reviewing the drill procedures, reminding students where to go and what to do.

“What my English teacher did is tell us what we’re going through because I know we’ve done it for the past couple years but it’s always a nice refresher of what’s going on,” 17-year-old Nimitt Shah said. “So we just waited underneath our desk for the first two minutes and then walked out to our spot in the parking lot.”

The extra preparation set most students at ease, as many teens sat quietly, talking and laughing with friends or catching up on classwork while the teachers in the search-and-rescue teams scoured the empty buildings for injured students.

“Because it’s just a drill, a lot of us are just doing what we’re supposed to do,” 17-year-old April Hong said. “But when it’s the real thing, it’ll be really helpful because we’ll probably be panicking.”

A dozen “injured” students with varying levels of trauma were scattered throughout the campus and brought to two triage centers set up on opposite ends of campus. Each of the students took their roles seriously, with some acting hysterically and others lying unresponsive on stretchers.

“The district (Walnut Valley Unified) actually requires us to do six drills each year,” explained John Terry, the school’s assistant principal. The schools have to practice two each of fire, disaster and lockdown drills, three in the fall and three in the spring semester, he added.

“The district is making sure we’re providing safe situations for the kids in an emergency,” Terry said.

But while extensive preparations have students ready for an emergency in class, the next step would be to go home and get emergency plans in place with their families, as Nimitt realized.

“(An earthquake) was a really big fear of mine for a long time, but to be honest if there was one place where I would like it to take place it would be at school,” Rochelle Sun, 16, said. “Just, because there’s a system worked out and we know where to go.”

“Yeah, that’s something I never thought about,” Nimitt added about having a home preparation plan. “I should probably look into that.”