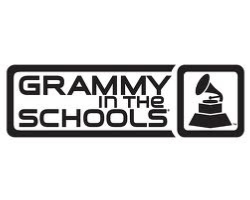 Diamond Bar High School has been selected as a 2014 GRAMMY Signature School Semifinalist.
The Grammy Foundation announced the list of 123 schools nationwide on November 20.
The GRAMMY Signature Schools program recognizes top U.S. public high schools that are making an outstanding commitment to music education during an academic school year.
“We are very proud of the work that Instrumental Music Director Steve Acciani does to support the arts at Diamond Bar High School.  His tireless efforts have paid off to create a program that is second-to-none!” said Principal Catherine Real.
In mid-March, 2014, the GRAMMY Foundation will announce the finalists for the program. These schools will receive a custom award and a monetary grant ranging from $1,000 to $15,000 to benefit their music program.
The selection process for GRAMMY Signature Schools begins each year in August when the GRAMMY Foundation mails notification to more than 20,000 public high schools from districts large and small, urban, suburban and rural, requesting information about each school's music program.
Applications are completed and submitted online in October. After the applications are scored, finalists are identified and asked to submit additional documentation, such as recordings of school concerts, sample concert programs and repertoire, which is then reviewed by an independent blue-ribbon committee of top music educators and professionals to determine the schools that merit GRAMMY Signature School status.
The GRAMMY Foundation was established in 1989 to cultivate the understanding, appreciation and advancement of the contribution of recorded music to American culture.
Print