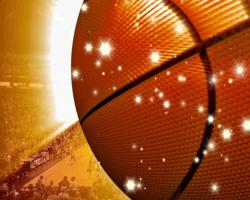 The boys varsity basketball team has opened  2014 Hacienda League on fire!
Led by seniors Leo Li, Bobby Meshesha and Christian Manalo, the Brahmas are 2 and 0 to start Hacienda League play.
On Wednesday, January 8, the Brahmas defeated Bonita High School at Bonita. This was an absolutely huge win for the Brahmas.  This is the first home league loss for Bonita high school in six years and first ever home varsity basketball loss in their new gym. Bonita had only lost one previous league game in the history of the Hacienda League. Bonita was the heavy favorite going into league this year.  Final score 43 to 40.
On Friday, January 10, we beat West Covina by a score of 78 to 52. It was a great game that featured stellar defense and an amazing offensive performance by Leo Li.
A special congratulations needs to  go out to the Head Varsity Basketball Coach Henry Frierson for picking up the first two league victories of his career. Coach Frierson is a graduate of both Diamond Bar High and USC. This is his first head coaching stint after spending the past five years as an assistant on the boys varsity team.
Our next home game is on Friday, January 17, against Diamond Ranch High School. We play an exciting brand of basketball and this should be a heck of a game. There won’t be a b-b-q in the end zone but the game itself will definitely be a barn burner and worth the price of admission.
Print