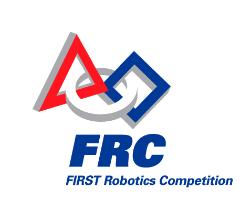 The Diamond Bar High School robotics team is looking for support as it the enters the competition season.

The school’s pilot robotics team was formed during the 2010-2011 school year. Team Sprocket competed in the FIRST (For Inspiration and Recognition of Science and Technology) challenge. The team won the FIRST Robotics Competition (FRC) and qualified for the World Championships. Team 3473 ranked 37th out of 100 teams.

Team 3473 reformed during the 2012-2013 school year. The rookie team garnered sufficient funding to compete in both the Inland Valley Empire and Las Vegas Regional competitions. The team took 11th place out of 49 teams in Las Vegas.

This year, DBHS Team 3473 is back and hopes to have its best season yet!

"The robotics team has taught me things that the controlled environment of an AP class never could - the flexibility it takes to be a good leader and the resilience it takes to adapt to new situations,” described the team's business captain and returning senior member Grant Shao.

During the past two years, the organization has become more than a school robotics team.

“We like to think of it as one that fosters growth in many different aspects: leadership, teamwork, and responsibility, just to name a few. Through robotics, students can overcome differences through their mutual interests and become united as a family,” said mentor Clark Rucker.

The 2013-2014 goals include winning 1st Place at the Las Vegas Regional Competition; competing in the World Championships in St. Louis, Missouri; inspiring peers to learn more about STEM (Science, Technology, Engineering and Mathematics); reaching out to DBHS and the community with robotics workshops; and volunteering at school and community events.

As the DBHS team enters its third FRC season they aim to finish in the Top 5 at one of the regional events.

“Our members will also enjoy many meaningful experiences in the process,” Shao added.

Team Sprocket needs financial sponsorship to cover the cost of robots and competition expenses. The team is also requesting donations of tools.

“If you have a garage full of tools that you are not using and don’t want – that’s exactly what we need!” Rucker added.