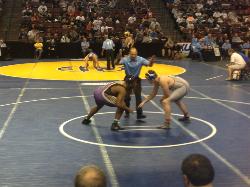 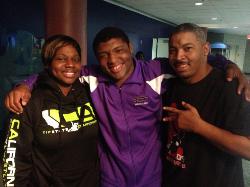 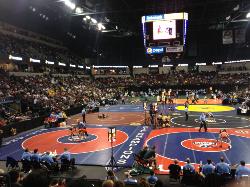 After wrestling the toughest opponents in the CIF Southern Section and placing 4th a week ago at CIF Master’s, Dre Johnson wrestled during the weekend of March 8 at the CIF State Championships in Bakersfield. Dre Johnson made it to the top 12 and was eliminated one match short of becoming a medalist (Top 8). Only two other wrestlers in the history of Diamond Bar High School have placed higher in State: Paul Reutzel placed 6th in 1984 and D. Chavez placed 7th in 1998.

Dre Johnson finished the season with an overall record of 35-7 and will be remembered as one of the most successful wrestlers to compete for DBHS. Last weekend may have been Dre’s last match as a Brahma. Dre plans on continuing his wrestling career in college.