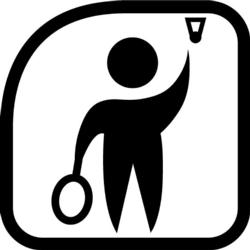 Our badminton team began its season this week in search of a third consecutive championship with two convincing victories.

Thursday, March 13, the Brahmas hosted the 2013 runner-up Mira Costa.  The Brahmas rattled off 17 consecutive points on their way to a decisive 19-2 victory.  Krista Hsu, Curtis Li, Adrian Sin and Coco Lai were all 4-0 on the match.  Natalie Leung and Vinson Chiu were 3-0.

There were some huge victories in the match.  Freshman Vinson Chiu defeated the #1 Men’s Singles player in division 1 by a score of 11-4,11-0.  Jonah Perea and Freshmen Justin Lam defeated the same #1 player in Men’s Doubles.