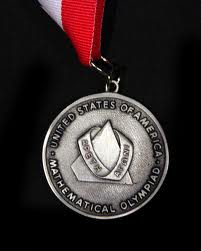 Congratulations are in order for one of the members of the Brahma Math Team.  Benjamin Chen, a freshman, is only the 2nd student from Diamond Bar High School who has made it to the 3rd round of the American Mathematics Competition – it’s called the United States of America Mathematical Olympiad (USAMO).

Here is some information about this contest from the Mathematics Association of America website:

High scoring students on the USAMO receive an invitation to the be on the USA team to participate in the International Math Olympiad (IMO) which, this year, takes place in Cape Town, South Africa in July.

In addition to being on the Brahma Math Team, Benjamin is involved with the Orange County Math Circle and the Southern California chapter of the American Regions Math League (ARML) in Long Beach.

The other Diamond Bar High USAMO participant was David Yang who attended DBHS 4 years ago as a freshman and is currently a freshman at MIT.