A Brahma Who Served His Community And His Country 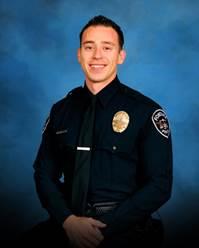 Fontana Police Department Officer Thomas Chamberlin was killed in an off-duty street motorcycle accident on June 10, 2014, according to the Fontana P.D.

The accident occurred at about 8:25 p.m. on Highway 39 in the Angeles National Forest area, north of Azusa.

For unknown reasons, Chamberlin lost control of the motorcycle and struck the side of a mountain, according to reports.  He was airlifted to Los Angeles County USC Medical Center, where he died.

Chamberlin, 26, a resident of Walnut, was unmarried and had no children.  He is survived by his parents, Tom and Guadalupe.

Chamberlin is a 2006 graduate of Diamond Bar High School and joined the United States Marine Corps the same year.  He served in Iraq from 2008 to 2009 and also in Afghanistan in 2010.  He was honorably discharged in 2011.

He attended California State University at Fullerton before being hired by the Fontana P.D. in June of 2013.  He graduated in December of 2013 from the San Bernardino County Sheriff’s Department Police Academy.
http://www.fontanaheraldnews.com/articles/2014/06/11/news/doc5398aaa7efc44958725513.txt Source: Fontana Herald News
Print