A Great Day For Our Girls Golf Team On The Fairway 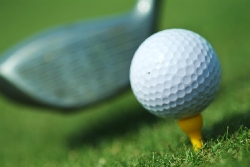 Thursday, November 6, the Brahmas played in their 9th CIF SS Finals in the last 10 years. The most by any team in CIF Southern Section.

The same day was also the CIF Individual Finals. They played on the same day as team finals.

Our star freshman Crystal Wang tied for second in all of the CIF Southern Section, missing title of CIF individual champion by one stroke.  She had to play off for second and lost after two holes to a great player, Angela Than, from Rancho Cucamonga.  Two years ago, Bethany Wu won the CIF Individual title. Last year, Bethany tied for second and won the playoff against her Ryder Cup teammate, Andrea Lee, on a 7-hole playoff for CIF individual runner-up. Senior Joan Park also had a great round Thursday, shooting 75 to help the Lady Brahmas advance to STATE CIF competition.

The Team shot a 387 and finished in the top 4, thereby qualifying for the State Semi Finals for the 4th year in a row.  They play Thursday, Nov 13, at Arrowhead Country Club in San Bernardino.