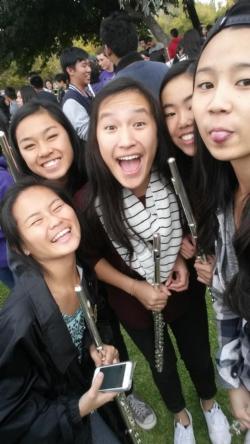 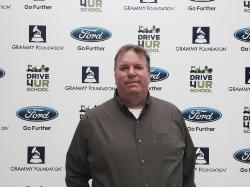 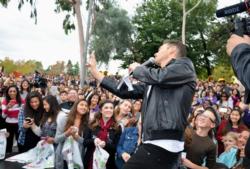 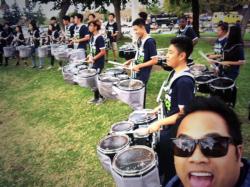 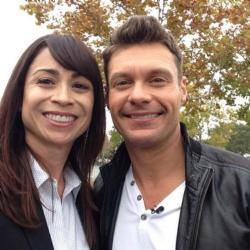 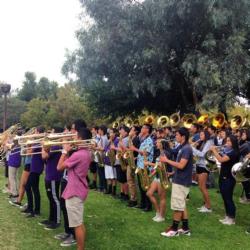 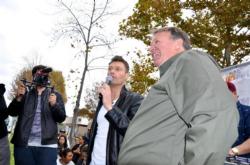 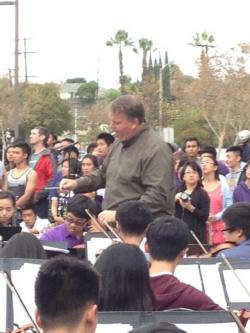 The event was hosted by KIIS FM, which kept the students and families entertained while they waited for the television star to arrive.

Seacrest is an honorary chairman for the Grammy Foundation. He took time from his hectic schedule to meet one of the 25 national semifinalists. Music Director Buddy Clements at Walnut High is also a semifinalist.

The award recognizes outstanding music teachers who have made significant contributions to music education.

“I was surprised when they called me two weeks ago and said they wanted to come out to meet me,” Acciani said. “I think its great for them to help support our music program.”

The gregarious teacher had to fight his way through the crowds to get to the stage when Seacrest called out his name. It seemed like all 700 students in the Brahmas music program showed up for the event.

“How long have you been teaching here?” Seacrest asked the nervous educator. “And how important is music to you and all of you here at this high school?”

“It’s my 26th year teaching in the district,” Acciani said. “I think the whole community embraces what the arts can do for our students and they’re incredibly supportive. It adds so much academically and gives the students a way to express themselves.”

Seacrest noted that Acciani could win the coveted award at the Grammys in February. Brahmas will have to watch the awards show to see if their teacher won. The winner will also receive $10,000.

“We want to say congratulations and thank you for all that you do,” Seacrest said.

Ford Motor Company was on hand to help the local high school raise money for its music program. The manufacturer and Fairway Ford donated $20 for every test drive taken at the Drive 4 UR School event.

The nationally-broadcast radio personality also had fun with one of the students, senior Will Nazareno. He invited the 17-year-old tuba player on a test drive.

“Will has the best hair at Diamond Bar High,” Seacrest said.

As they drove off, the other tuba players joked about their classmate. They were more serious when asked about Acciani.

“I like him because he has a good sense of humor,” said 15-year-old Katherine Zhang.