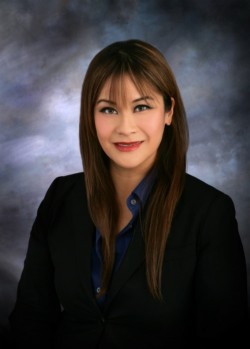 Diamond Bar alumnus Ling Ling Chang easily landed a victory in the election for state assembly. Chang was the Republican nominee for the 55th Assembly district that comprises of portions of Orange, Los Angeles, and San Bernardino counties, going against Democrat Gregg Fritchle.

Now that Chang is on the state assembly, her goals are to create jobs, cut government waste, and improve education. She also hopes to keep taxes low for working people, provide tax incentives to small businesses that hire new workers, and use independent audits to expose waste, fraud, and corruption.

A 1994 graduate of DBHS, Chang was involved in leadership positions for Key Club, International Club, Yearbook, and also played tennis and badminton. Her favorite teachers include Calculus teacher Howard Alcosser.

“I enjoyed my time at DBHS. The teachers were all wonderful,” Chang said, “I’ve enjoyed a lot of my classes, especially AP Calculus and AP Computer Science. Mr. Alcosser’s class stood out in my mind because of the short movie clips he would play before the class started. I will never forget from ‘[No Place to Hide]’, ‘Soon, Amy, soon.’”

The alumnus graduated from UC Riverside with a major in Biology, and did not consider a career in politics until later in her life.

“While I’ve always known that I wanted to help people and make a difference in the world, I always thought I was going to be involved in medicine or technology, never politics,” Chang said.

Her interest in politics first came about when she attended a non-profit sector that encouraged her to consider running for public office. Before then, Chang was a project manager for a corporate sector at a health information firm, and developed software products for the health info management and clinical documentation industry.

At the start of her political career, she was on the Board of the Diamond Bar Community Foundation at the end of 2002 and was appointed to the Diamond Bar Parks and Recreation Commission after.

In November 2005, she won a seat on the Board of the Walnut Valley Water District, becoming the first woman to be elected to the WVWD Board.

Recently, Chang has corrected the report from the Orange County Register that examined discrepancies in her online biography, which she claimed were made accidentally. The discrepancies have been corrected.

Currently, Chang is a principal at Strategy Insights Group, and CEO of the Youth Science Center, a non-profit science education organization. Chang won a seat in state Assembly on Tuesday, November 4.