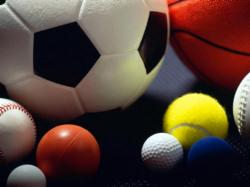 While many Diamond Bar High School students were spending time with their family or friends over the winter break, the DB’s winter sport teams were competing in tournaments and against regional teams in preparation for the Palomares League play.

The boys basketball team participated in the annual MaxPreps Holiday Classic in Palm Springs. Going into the tournament, the Brahmas were riding a three-game winning streak. The team extended their winning streak to five after defeating Palm Desert 52-48 and Galena 59-46. However, the streak ended when the Brahmas faced Harvard-Westlake. At halftime, HW was leading by two. However, in the second half, the DB could not stop HW’s offense and lost 74-47.

In the final game of the tournament, the Brahmas lost to Palos Verdes Peninsula 65-50. Senior Austin Kim earned a spot on the All-Tournament Team. On Jan. 7, DB will be face off against rival Walnut, who are 10-5.

The boys soccer team played in the Don Lugo Tournament over the break. The first opponent for DB was Walnut. The Mustangs scored first, but the Brahmas came back and scored two goals in the second half to win the game 2-1. In the second game, DB easily won against St. Paul, 11-0. However, the Brahmas’ momentum stopped against Monrovia. DB was shut out against the undefeated Wildcats, losing 1-0. The 8-3-1 Brahmas will face Norwalk, their last non-league opponent before they head into league play.

The girls soccer team competed in two games over the break. Coming off a 9-0 victory over Norwalk a couple days before, the Lady Brahmas faced the Canyon Cowboys. Losing 2-1 to the Cowboys at halftime, the Lady Brahmas could not capitalize on their opportunities as they lost 3-1. In the second game, DB shut out Saint Joseph defeating them 3-0. The 9-3 Lady Brahmas will face South Hills, their first league opponent, on Jan. 9.