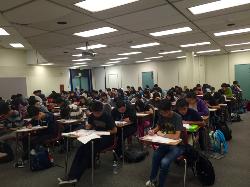 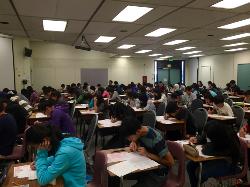 Tuesday, February 3, 101 students participated in the American Mathematics Competition (AMC).  This is a nationwide contest that thousands of students compete in each year.  If they score above a certain level they will go on to the American Invitational Mathematics Exam (AIME) next month.  After that, it’s the United States of America Math Olympiad (USAMO).  The Super Bowl of this competition is the World Olympiad where the USA team competes against the world!  Former Brahma and current MIT sophomore David Yang competed at this level and placed fourth in the world.